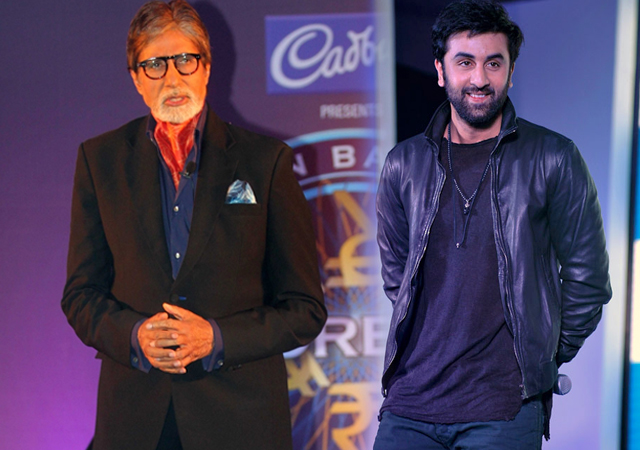 Any guesses who is speculated to replace Amitabh Bachchan in the new season of Kaun Banega Crorepati?

Kaun Banega Crorepati was first aired in the year 2000. Everyone made sure that they tuned in at 9:00 pm to see this superstar hosting aam aadmi on the hotseat. Some people came with the dream to earn big money and others purely to meet and talk to their superstar, Amitabh Bachchan ji.

There was a change in host in season 3 of KBC, when Shah Rukh Khan had replaced Amitabh Bachchan for a year. That clearly didn’t work out for the TRPs of the show. Bachchan was back in the next season and all the ones after that.

Let’s see if the rumours are true and if they are, will Kapoor lad live up to the big legacy of Mr. Bachchan. Watch out Ranbir, you have big shoes to fill!

KBC is an adaptation of a game show franchise of British origin, ‘Who Wants to Be a Millionaire?’.