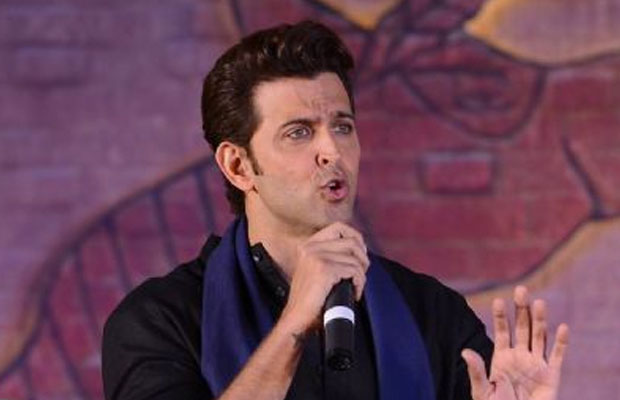 [tps_footer]Celebrity dance reality show, Jhalak Dikhla Jaa is loved largely by the Indian audience and has a huge fanfare. However, the 9th season of the reality show has already got itself surrounded by controversies even before the broadcast of its first episode.

We had reported to you earlier that superstar Hrithik Roshan was supposed to be a part of the first episode of the season 9 for the promotion of his upcoming film Mohenjo Daro.

However, a source close to the actor has revealed that he has backed off from going on the show.

The news was confirmed earlier that the actor is to appear on the show for the promotions of his upcoming film and this had created tremendous excitement in the contestants who had started preparing hard for the episode. However, much to the disappointment of the participants, Hrithik backed off from appearing on the show which has shattered all his plans.

Well, the reason is that the channel wants Hrithik to also appear in a ‘roast’ on the comedy shows Comedy Nights Bachao along with Jhalak.

Another industry source said,  “Comedy Nights Bachao started on a good note, however, it recently got embroiled in controversies. Top of that, the roast format isn’t everyone’s cup of tea. Hrithik, thus, backed out from Comedy and Jhalak both.”

However, it’s not just Hrithik who’s trying to avoid appearing on the show. Akshay Kumar is also likely to give the show a miss for the promotions of Rustom.

Apparently, the channel has an insistence that every celebrity appearing on Jhalak should also appear on Comedy Nights Bachao and vice versa as a combo offer.

Akshay earlier had agreed to do Jhalak, however, did not give any tentative dates which make his appearance unlikely.

The source said, “Akshay is not comfortable featuring in Comedy Nights Bachao after all the ruckus last time. We all know how he got into a tiff and slapped comedian Siddarth Jadhav for passing racist remarks on Lisa Haydon. Things are still being discussed, but chances are high that Akshay too might back out to avoid unnecessary hullabaloo.”

The hosts of the show Bachao Krushna Abhishek and Bharti Singh and also the channel spokesperson chose to not comment on the issue.

However, Myleeta Aga, producer of BBC said that the integrations are handled by the channel and therefore she cannot comment on the issue.[/tps_footer]