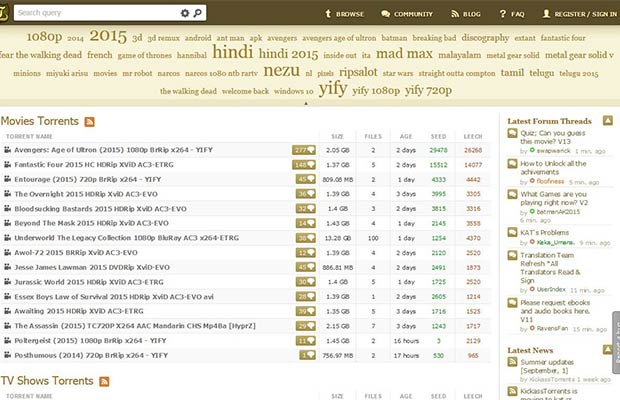 [tps_footer]Artem Vaulim, the founder of KickAss Torrents, was arrested in Poland this morning. The site is nonoperational right now and the domain is also seized. The site was one of the most preferred among Torrent lovers and they are likely to be shattered soon as the arrest has also led to some of the alternate torrent proxies taken down.

As on now, the top five KAT proxy sites including the main website are pulled across the globe instead of having their domain names seized.

However, the sites are pulled down for good unlike past instances where once the domain of a website was pulled off, the site used to pop up instantly with a new one.

However the case of KickAss Torrent’s Artem Vaulim is different as the company was often avoided the DMCA notices to taken down by finding legal loopholes also questioning the complainant’s ownership and copyright validity.

However, KickAss Torrent isn’t the first one to be pulled down by US Government for distribution of pirated content illegally. Event, The Pirate Bay went through multiple arrests and takedowns earlier. However, there’s a doubt that such actions will lead to the change aimed by the authorities. People usually tend to find other alternatives to skirt copyright laws. When one website is taken down, another usually crops us. Just the way KAT came to power when The Pirate Bay was pulled down time and again by the authorities.[/tps_footer]