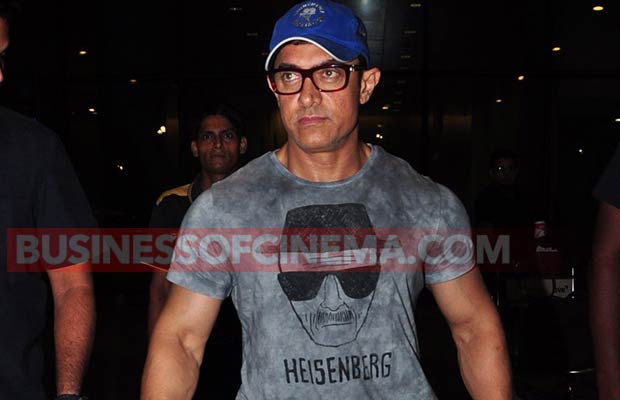 [tps_footer]If Rumors were to be believed, Aamir Khan‘s upcoming film ‘Dangal’ was just going to have one promotional song, featuring him and his on-screen daughters played by Fatima Sana Sheikh and Sanya Malhotra.

But it seems like all of those were mere rumors. A source informed a daily that these rumours are not true and music composer Pritam has been working on the songs, “Pritam has recorded a few songs for the film. Once the portions are finalised they will start shooting for the song as well.

Speaking about Pritam, it was quite difficult for him to compose the song for ‘Dangal’ since this film is quite different from films he has done before.

Aamir Khan is known for his top ideation creativity and obviously, ‘Dangal’ is one of the much-awaited films this year. Aamir gives 100% to whatever he does and with the pictures that are getting viral, one thing is sure that Aamir has really worked hard on his physique for this film.

On the same, music director Pritam will also be composing music for ‘Ae Dil Hai Mushkil‘, ‘Raabta’ and ‘Jagga Jasoos‘.

We are really excited for Aamir Khan’s Dangal. Aren’t you?[/tps_footer]