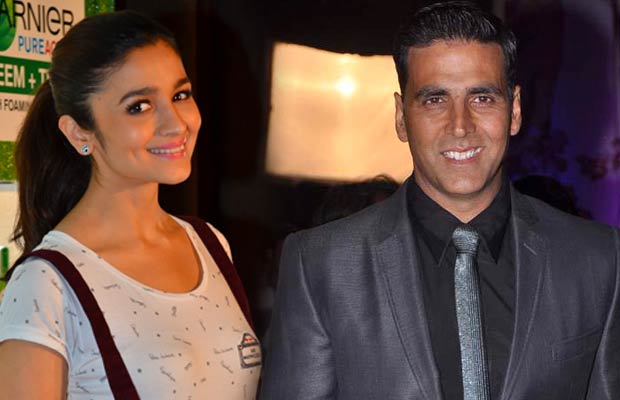 [tps_footer]Alia Bhatt is getting smarter, heyyy !! Stop laughing. I mean it. She is making the right choices baby, ahaa !! Keeping jokes aside. “Pataka Kudi” Alia Bhatt will be seen in an untitled movie of Gauri Shinde, along with Shah Rukh Khan, for which she was spotted in Goa. Yes, without Sidharth Malhotra 😉 ssshhh. Let her concentrate on her work. Alia, anyways doesn’t like to talk about her personal life.

But now Alia, will be seen with Khiladi Akshay Kumar in a movie by Sriram Raghavan. He has directed movies like Johnny Gaddar, Ek Hasina Thi, Agent Vinod and his latest hit starring Varun Dhawan, “Badlapur” has given him a lot of critical acclaim and rocked the Box office too.

It is said this new movie will be an adaptation of Sheeja Jose’s novel “Gone with The Bullet”. So, if you have read the book or know anything about it, you will know that it is not a family drama or a comman romantic love story. A story between a 40 year old man who is an assassin and an 18 year old girl, who falls in love with him.

An official announcement is still something to look forward to in order to know the final Cast of this movie by Sriram. Wish you Good luck with one 🙂 and Alia Bhatt good going girl.[/tps_footer]