From not having a single ceiling fan in the house, to biting nails and wearing chappals – here’s everything strange you didn’t know about Arjun Kapoor.

Arjun Kapoor is all set for his upcoming film Half Girlfriend with Shraddha Kapoor and the young actor is definitely not complaining about the way his career is shaping up. While he has never shied away from the media, we have received a glimpse of Arjun Kapoor’s bold side in the past too.

During his recent photoshoot with Filmfare magazine where he was seen with co-star Shraddha Kapoor, some of Arjun Kapoor’s honest confessions left us dumbstruck. Yes, the actor spoke about his weird phobias to his annoying habits as amidst tid-bits about his career.

In a section – ‘Five Things You Don’t Know About Arjun Kapoor’, the actor spoke about his habit of biting nails and how he likes to be comfortably dressed when he is around his close ones. 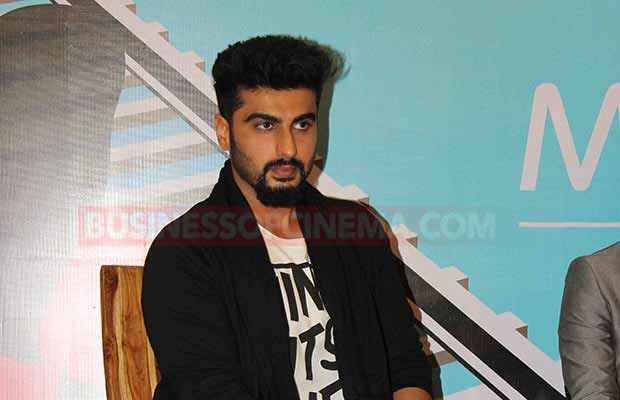 “I bite my nails. If I am home or with friends or just roaming around, I don’t like wearing shoes. I like to be in chappals.”

Before we move ahead, let us remind you that Arjun Kapoor played the ideal house husband in Ki & Ka, a rom-com that aimed to break the stereotype of men being breadwinners and women being homemakers. The film, that sort of presented the leading actors [Arjun & Kareena] in a role reversal of sorts, saw the actor waking up early in the morning and cooking for his wife in one of the sequences. During the promotions of the same, Arjun had confessed that in real life too, as men often take their better halves for granted for being homemakers, he would like to be a supportive husband who will respect his wife for whatever she is. He had also confessed that he may cook breakfast for her.