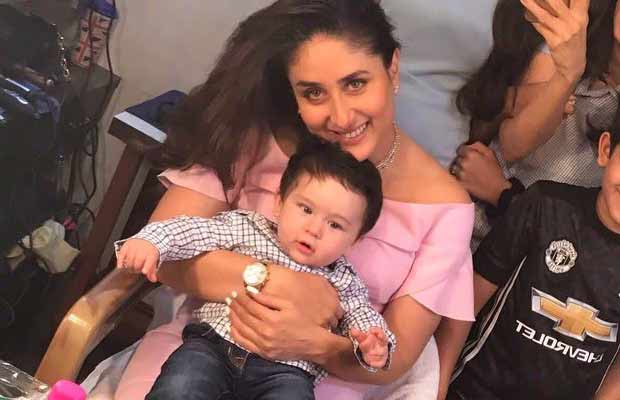 Kareena Kapoor and Saif Ali Khan’s son Taimur is adorably cute and we can’t help but gush over him.

We all love the adorable baby Taimur, who has managed to win the hearts of the media and have his own fan pages within a year. Baby Taimur has easily managed to become the most loved star kid by everyone.

Mommy Kareena Kapoor admitted that she loves cuddling and kissing Taimur all the time but he doesn’t like the constant affection. The actress will be making her comeback into Bollywood with the film ‘Veere  Di Wedding’ and looks like baby Taimur will be joining her as well.

According to an exclusive by Deccan Chronicle, Producer Rhea Kapoor and sister Sonam had no idea about lead Kareena Kapoor’s pregnancy when she signed the film ‘Veere Di Wedding’’.

Now Kareena gave them a choice of either to find another actress in place of her or to wait till she completes her pregnancy.The team created a third option and decided to involved Kareena Kapoor’s pregnancy in the story to give it more authenticity.

But the film has just started production after Taimur was born and is almost touching 8 months old. So now the cute baby star Taimur will be making a quick cameo in the film after all.

We can’t wait to see the mother son duo on the big screen in ‘Veere Di Wedding’.