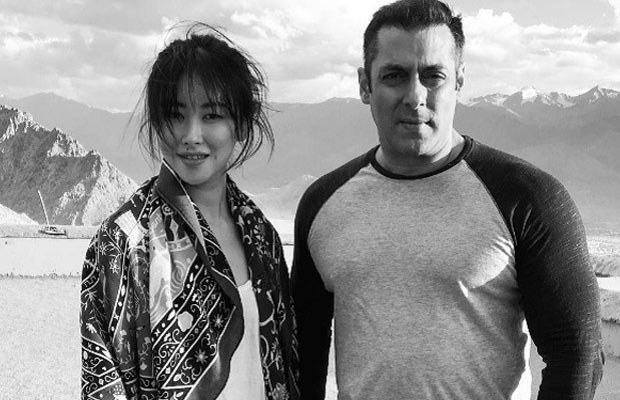 Salman Khan has a very special gift for her Tubelight co-star Zhu Zhu! You won’t beleive what the actor has gifted to the Chinese actress. Do you have any guesses? Want to know what it is? Let us tell you that this unique gift is a Ganesha idol!

Salman Khan gifted his his co-star a cute, little idol of Ganesh made of gold. The actress fan club shared a picture on social media and from there is where we got to know about it. Well! That is surely one of the best gift that the actress might have got.

Salman and Zhu Zhu will be seen together in Kabir Khan’s Tubelight. She is a popular Chinese actress and Tubelight is gonna be her first Bollywood film. Tubelight will be Salman and Kabir’s third film together after Ek Tha Tiger and Bajrangi Bhaijaan. The story of Tubelight is based on the 1969 Indo-China war and the plot revolves around an Indian soldier falling in love with a Chinese girl. Earlier there were specualtions about who will be the lead actress in the film. After Deepika Padukone and Parineeti Chopra, the makers decided cast someone who actually belongs from China and that’s how Chinese actress Zhu Zhu became a part of the project.

Well we really liked the gift Salman. So thoughtful of you!