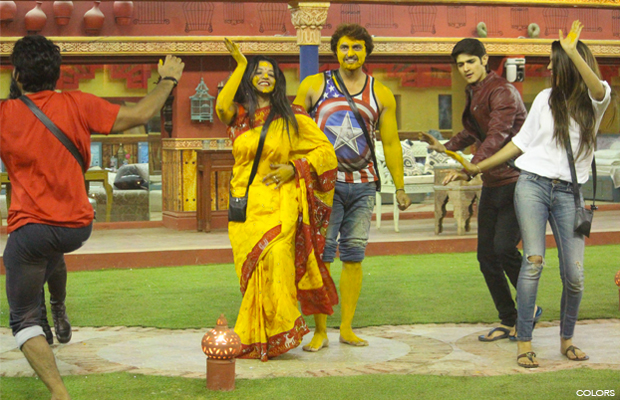 Whenever you think of a sureshot formula to attract the Indian audiences Marriage is the first idea that always strikes the mind. And the makers of the controversial reality show Bigg Boss have decided to move further with the formula and so they have decided to host the wedding ceremony of Mona Lisa and her boyfriend Vikrant Singh Rajpoot inside the Bigg Boss house.

The duo also got slammed on the social media for making their marriage a publicity stunt for TRPs but Vikrant before entering the house made it very clear that his marriage with Mona is real and not for TRP’s. We are still not sure about it but it seems as if money is playing a great role here. There is quite a possibility that the duo might be getting a huge amount of money for their shaadi. As reported, the couple Sara Ali Khan and boyfriend Ali Merchant were paid Rs 50 lakh for tying the knot on the show in Bigg Boss season 4.

As per today’s episode, Vikrant went into the Bigg Boss house and proposed Monalisa for marriage with a ring in the activity are of the house. After Mona said yes Bigg Boss announced their marriage in the house. Now the couple will get married inside the house in a couple of hours. Mona’s mother, Vikrant’s sister, their close brief and ex-Bigg Boss contestant Nirahua along with his girlfriend Amrapali will be a part of the wedding ceremony.