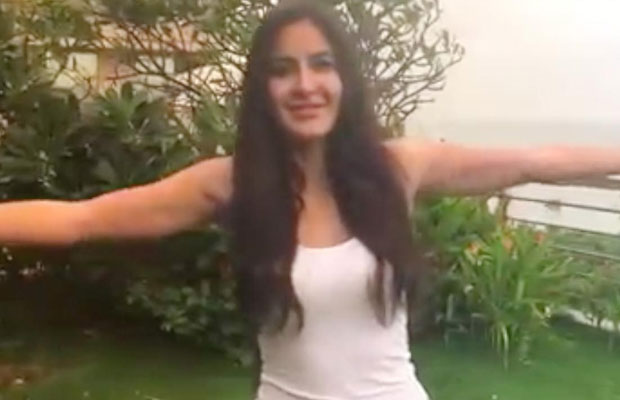 Katrina Kaif recently made her debut on the social media. The actress who used to always refrain from joining the social networking sites is now active on Facebook. After breaking up with actor Ranbir Kapoor, Katrina was always reserved amidst the shutterbugs. The actress was rarely seen making any statements or comments.

Seems like, the sad days are gone and Kat is all set to revive her new self. The mind blowing actress after her break up had also mended differences with ex-flame Salman Khan. The two actors who were much in the news for their relationship had broken up long back. Since then things were tricky between them. Well, as of now both Katrina and Salman are very good friends and have settled all their grudges.

It is also said that Salman was the one who handled Katrina after she broke up. Well, seems like, the Dabangg Khan is also responsible for getting Katrina on the social media. Reports state that it was Salman Khan who guided Kat to be present on social media so that she can interact with her fans and close her reclusive image.

It is also said that the Jagga Jasoos actress kept away from the social media because her ex-flame Ranbir was not present on the same. The Sultan actor convinced Katrina to get on with the social media and she did the same. Moreover, she also hosted a birthday party which is something that she has never done!

On the work front, actor Salman Khan is currently on cloud nine with ‘Sultan’s success whereas Katrina Kaif will soon be seen in the films ‘Baar Baar Dekho’ and ‘Jagga Jasoos’.