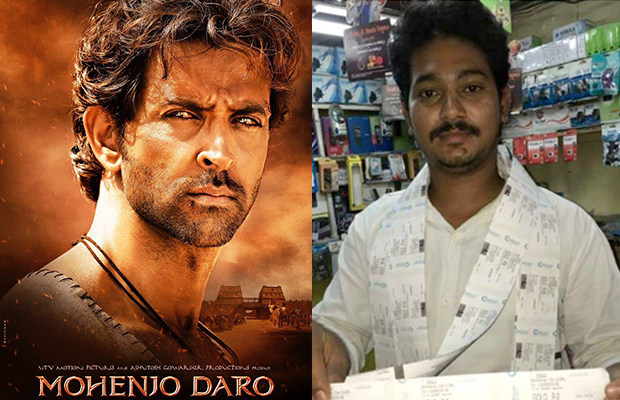 [tps_footer]Hrithik Roshan will flaunt his acting skills on the silver screen with ‘Mohenjo Daro’. The film is all set to release today and the masses are very excited. After the film ‘Bang Bang’, Hrithik will now grace the theatres. The movie is historic and stars new entrant Pooja Hegde in the main lead. Based on the Indus Valley Civilization, the movie is directed by Ashutosh Gowariker.

Our B-Town celebs are known for having crazy fans. Many fans have done unbelievable things for their idols. Recently, one of Rajinikanth’s fans gained headlines when he painted his body with the superstar’s face. Well, something shocking has now happened with our Greek God too.

Hrithik Roshan with his previous blockbusters has an enormous fan following. One of the fans of Hrithik has bought 70 tickets of ‘Mohenjo Daro’. Yes! A guy named Rahul Raj has bought around 70 tickets for the Hrithik starrer.

One of the twitter users tweeted the picture of Rahul Raj and captioned it saying, “This guy named Rahul Raj bought 70 tickets of Mohenjo Daro for tomorrow morning show. #MohenjoDaroTomorrow.”

Well, this is something too surprising must say. Hrithik’s ‘Mohenjo Daro’ is all set to clash with Akshay Kumar’s ‘Rustom’. The two films were much awaited by the masses and the audience is eager to know which movie will make the big cut at the box office. 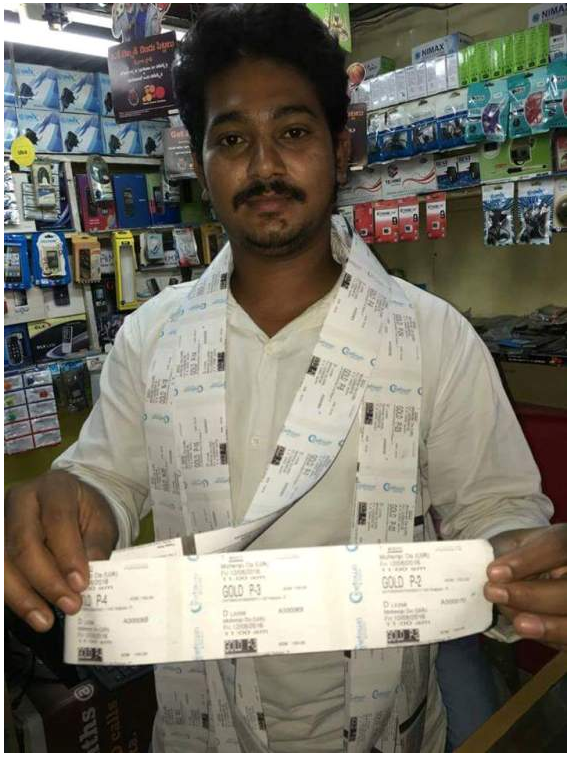 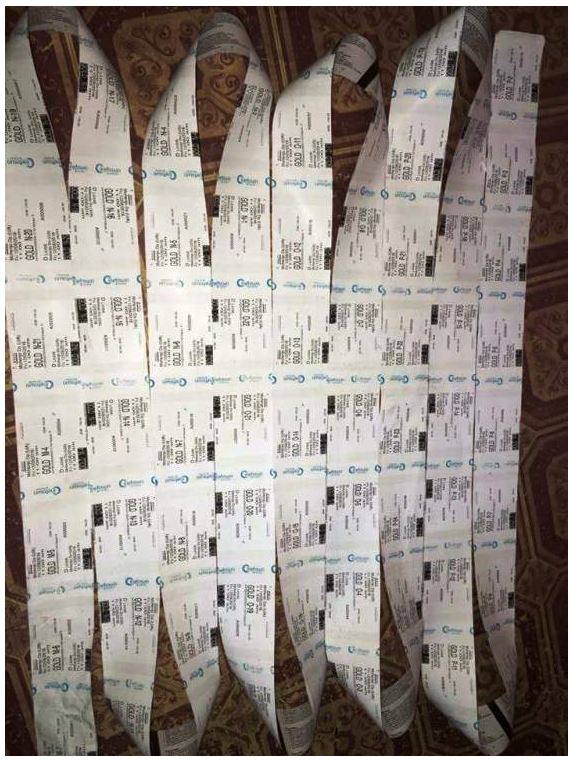 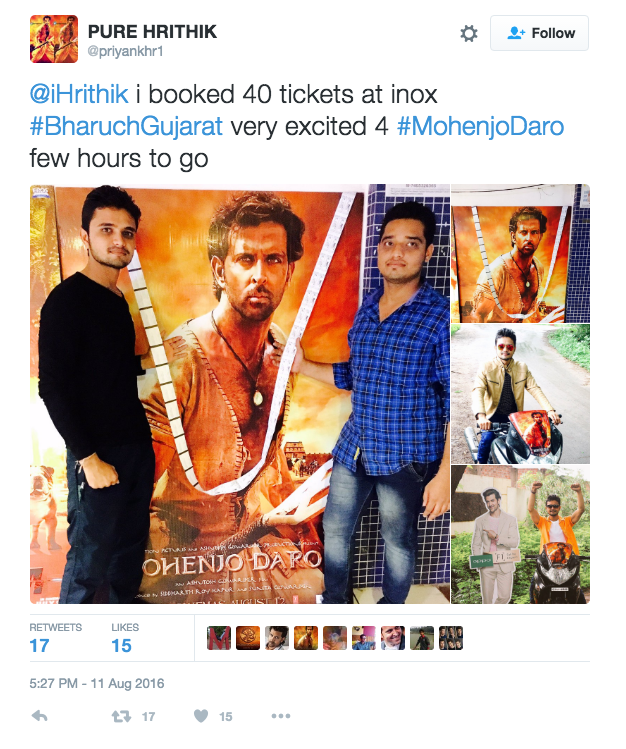