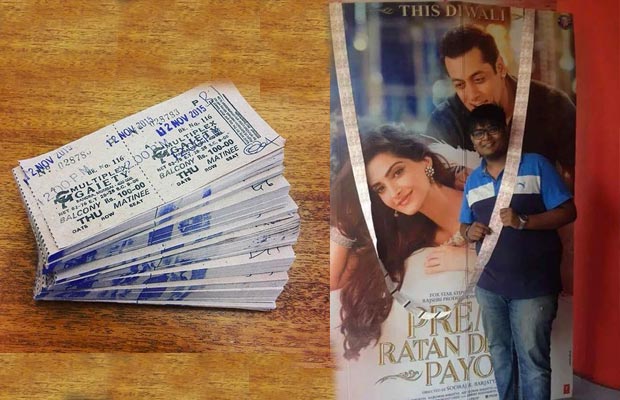 The excitement among the contestants is that high where the fans are buying tickets in bulk. People are awestruck with the larger than life film and moreover anything the film symbolizes the comeback of Salman and director Sooraj Barjatya after a gap of 16 long years.

The film is grabbing all the eyeballs and people can now hardly wait to catch the film in theatres on November 12. We got our hands on the tweets, where the fans have tweeted their pictures with their bulk tickets. The shows are already full and the fans are not buying tickets in the figure of 10 or 15, but they are buying the tickets in the bulk of 230s , 300s. Its going crazier than Bajrangi Bhaijaan too! 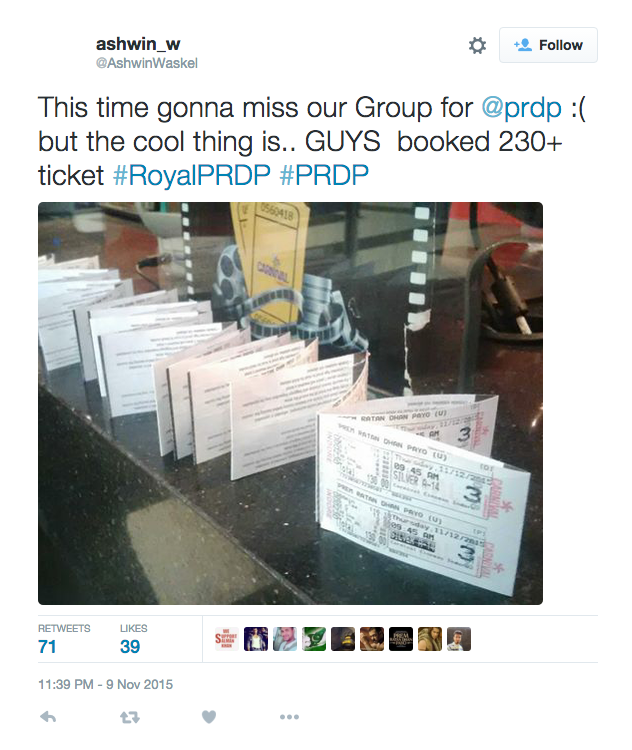 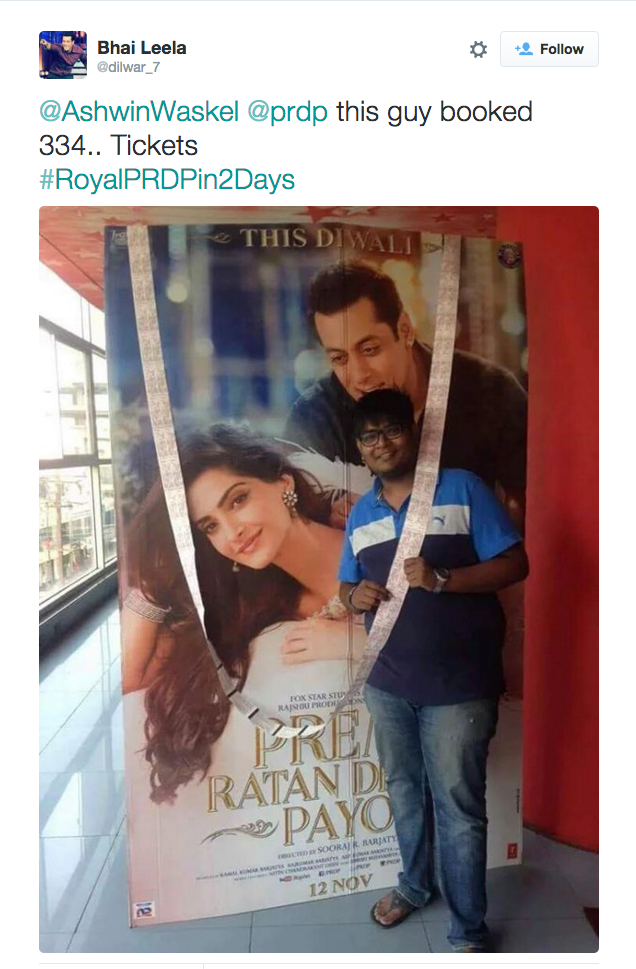 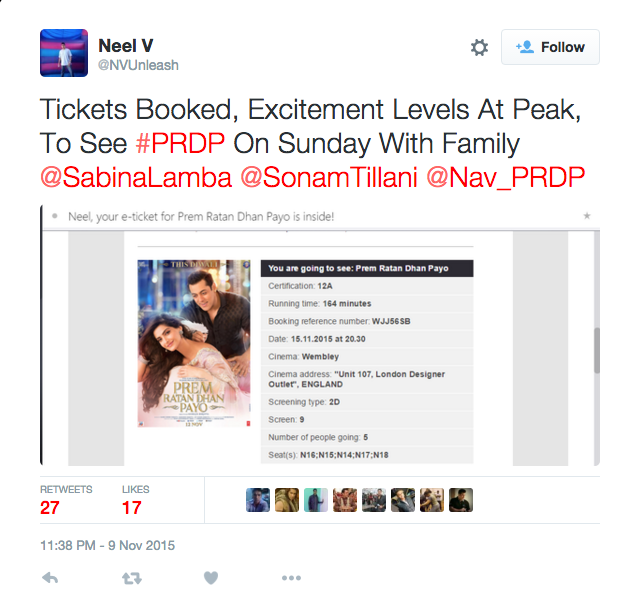 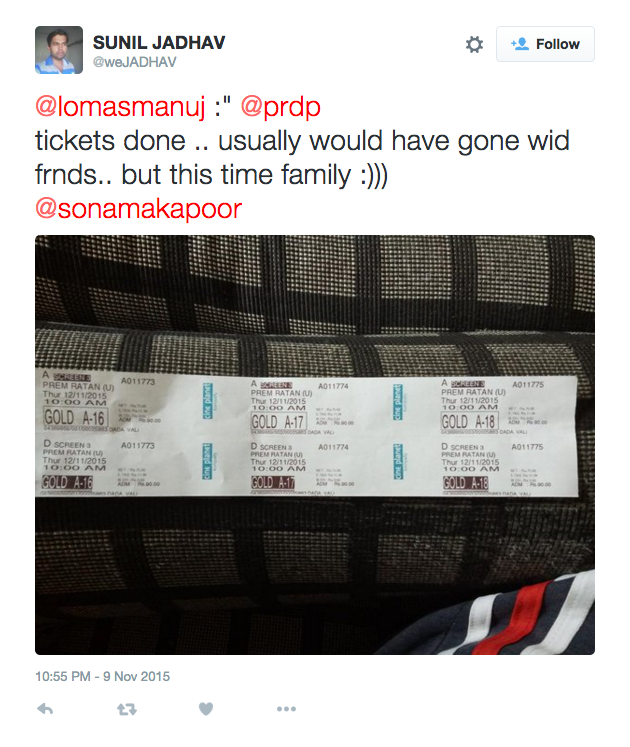 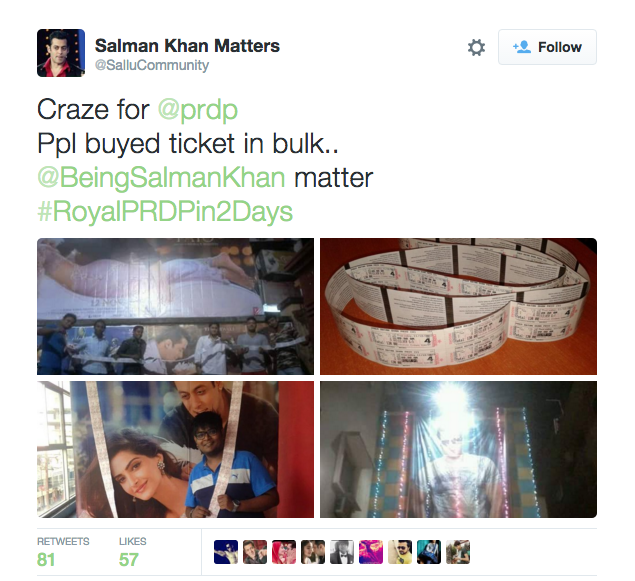 On the other hand, few fans are also disappointed for not getting the tickets, as the shows are already houseful since the pre booking for the film started.

Talking about the film, Salman Khan will be seen as the quintessential Prem once again in PRDP that audiences have loved and treasured in their hearts. The film also features actor Neil Nitin Mukesh, Anupam Kher, Swara Bhaskar and Sonam Kapoor. The film will hit the theatres on November 12, 2015.

So get set for the firecrackers!