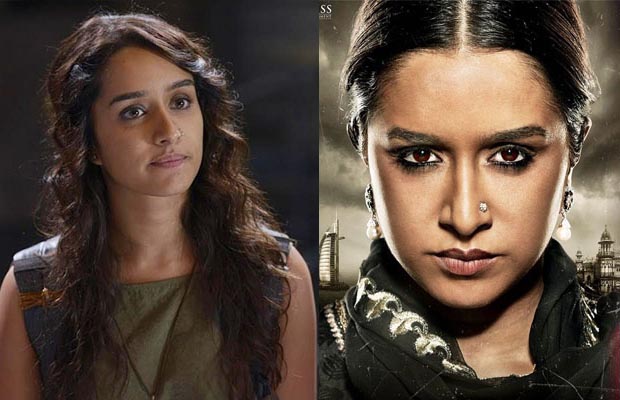 Shraddha Kapoor, recently revealed the first look poster of her upcoming film, ‘Haseena,. She is seen playing the role of the fierce Haseena Parkar in the biopic.

Shraddha shared “As an actor I get to play different characters & live different journeys through each film. Each journey has its own prep & that’s what’s exciting and challenging too.”

This is the first time Shraddha will be playing such an intense role and she has undergone a lot of preparation to get into the skin of the character of Haseena Parkar. She will be seen in multiple looks and has been focusing on the groundwork for each of these looks. The actress has literally been living the character through various prep work that is going for it.

For the younger portions of the film, Shraddha wanted to try and recall her body language when she was 17 years old. She also observed many people around her, including some of her team members who fall under the age bracket. She noticed subtle nuances of their characteristics and tried to imbibe their mannerisms into her ‘Haseena’ character.

In order to understand the higher age bracket of 25 years and above, where her character becomes a mother in the film, she watched a lot of pregnancy videos to understand and impersonate the nitty-gritties of the character.

Infact the actress’ phone gallery is dominated with Haseena‘s images from across age groups! This helps her refer to her character at any point!

Shraddha‘s intense, gutsy look as Haseena Parker is surprising everyone and is receiving positive response, as this is the first time she moves into a raw and rugged never-seen-before avatar! The audience has been praising her look and are eagerly waiting to witness the unknown story of Haseena Parkar.