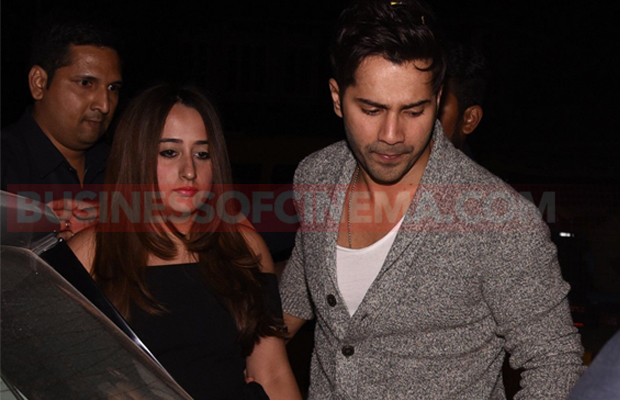 Shahid Kapoor’s wife Mira Rajput Kapoor hosted a pre-birthday bash at their residence. As the actor will be traveling on his birthday, so they celebrated in advance. Who’s who of Bollywood attended the do.

It was quite shocking to see Shahid’s ex Sonakshi Sinha at the party. Lovebirds Sidharth Malhotra and Alia Bhatt arrived together at the party.

Another exciting and surprising moment was when Varun Dhawan arrived hand in hand with his girlfriend Natasha Dalal at the party. The actor was seen escorting his lady like a true gentleman.

Varun has never accepted being in a relationship with Natasha, but his recent appearance is enough to prove that the two are dating each other. Don’t you think Varun has sort of made his relationship official?