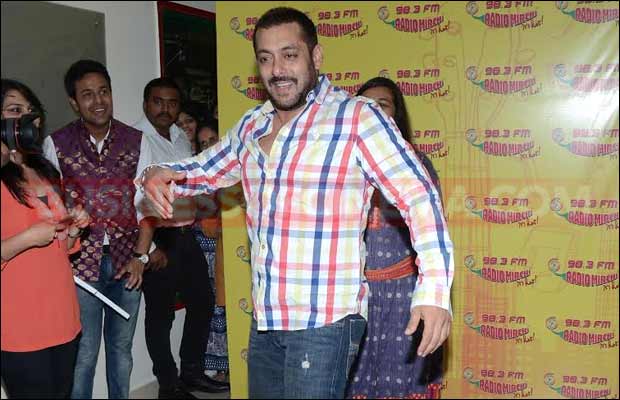 [tps_footer]Its celebration time for Bollywood actor Salman Khan, as actor’s 50th birthday is nearing. Salman Khan will be celebrating his 50th birthday on December 27th, but reportedly the actor also has special treat for his fans.

Ever since Salman Khan’s first look from his upcoming film Sultan has been released, the anticipation to know more about the film has been increasing. According to the reports, after the first teaser, the second teaser of the film will be released on Salman Khan’s 50th birthday. Producer Aditya Chopra is trying to get the second teaser to treat fans on the actor’s 50th birthday.

No confirmation regarding the same has been made, but if reports are to be believed, it would be one of the best treat that Salman Khan and producer Aditya Chopra can give to the fans. So get set to watch the second teaser of Sultan.

Meanwhile, Salman Khan is currently shooting for the film in Karjat and once the shooting of the film will be finished the actor will began with the shooting in Mumbai. Reportedly, sets and construction process is going on at the Film City, Mumbai for the shooting of Salman Khan’s much anticipated film Sultan.

The Bajrangi Bhaijaan actor is leaving no stone unturned for his look in the film. As Salman will be seen as a wrestler, the actor has put on kilos of weight and is going under major physical transformation. The actor will be donning wrestler’s look for the film.

Directed by Ali Abbas Zafar and presented by Yash Raj Films, the film has already been in limelight since its inception. Dabangg Khan will be seen in a fighting mode in the film; however the lead actress of the film is yet not decided. The film is slated to release next year on Eid.[/tps_footer]