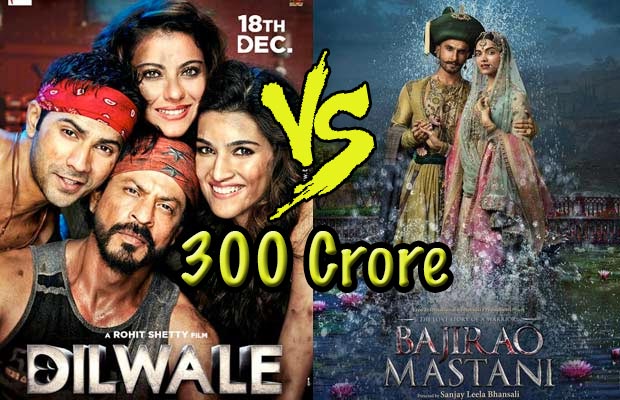 [tps_footer]Bollywood has offered two films this weekend, ‘Dilwale VS Bajirao Mastani’, out of which the latter might have a tough road ahead. We took a poll and asked you to answer which film according to you would cross the Rs. 300 crore mark among ‘Dilwale VS Bajirao Mastani‘. And as per the poll it is Shah Rukh Khan starrer Dilwale that has become the audience choice among the two films that are currently clashing at the box office. The poll results concluded with 68% people voting for Dilwale and only 32% for Bajirao Mastni. Much like the actual occupancy rates of both the films on its first day. Looking at the huge gap between the occupancy rates of the two films, it seems like the poll result might just come true.

Given the opening rate and the areas dominated by the film, ‘Dilwale’ is easily looking at a first day collection of between Rs.20-30 crores net approx. It is hard to make predictions for ‘Bajirao Mastani‘ given the huge gap between the starting occupancy rates of both the films. With the poll result, it is become surer which film will emerge as the winner in ‘Dilwale VS Bajirao Mastani’.[/tps_footer]