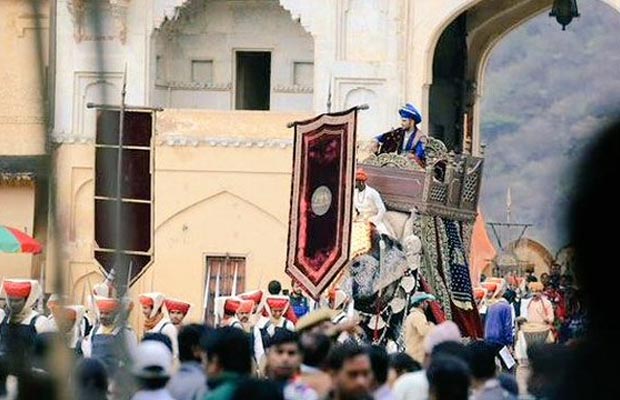 It is a well-known fact that Sanjay Leela Bhansali’s film ‘Bajirao Mastani’ is ought to be grand and pricey. The film which is based on the life of Peshwa Bajirao is historic in its approach and witnesses some mind blowing creative huge sets.

Sanjay Leela Bhansali’s movies are known for its unique sets and the filmmaker is applauded for his detailing and perfection. Well, the same goes for ‘Bajirao Mastani’. The film stars Deepika Padukone, Priyanka Chopra and Ranveer Singh in lead roles.

It is being said that each character in the film has a peculiar look which is painstakingly touched up by the director himself. From the backgrounds to the huge props, Sanjay Leela Bhansali has left no stone unturned to get the historic era back.

It is being said that the cast and the crew of the film ‘Bajirao Mastani’ were too attached to the created set and did not want it to get dismantled and hence the idea of turning it into a museum came about. The set is already being tagged as a master piece. The glimpse of the song gives the viewer an idea of the massive detailing on the set. The song is already receiving huge claps for its startling execution.

Well seems like ‘Bajirao Mastani’ is not behind in creating a record for itself. Directed by Sanjay Leela Bhansali, the much awaited film will hit the theaters on December 18th, 2015.