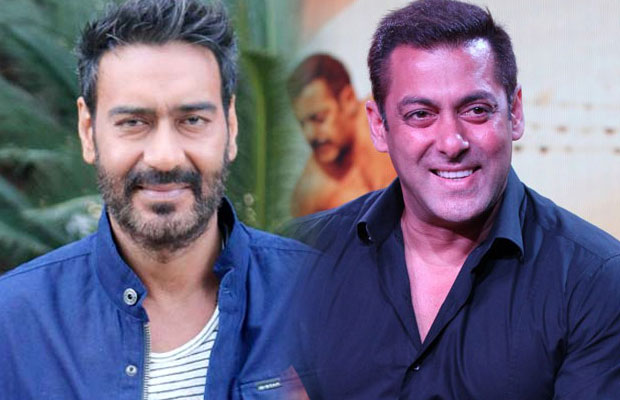 Salman Khan and Ajay Devgn share a special bond and both are really close with each other. Ajay is gearing up for his directorial film Shivaay. If the rumours are to be believed then Ajay is considered to rope in Salman Khan for a special song which will be used as the promotional song for the film. And apparently, Salman has agreed for it.

Ajay‘s venture Shivaay is going to clash with Karan Johar’s ‘Ae Dil Hai Mushkil.’ Well, Ajay has really played a smart game by roping in the king of box office Salman Khan for a special song. This is not the first time that Salman will feature in Ajay‘s film! He was also seen in a dance sequence in Ajay‘s film Son of Sardar which had Sonakshi Sinha in the lead.

Ajay Devgn is one of the finest actors we have and he is really gearing up for his directorial film. Ajay‘s clash with Kjo’s film will be worth a watch. Though both the films deal with different subjects, but it will be interesting to watch the clash between these two movies.

Whose movie will you watch Ajay’s or Karan’s? Tell us in the comments below.