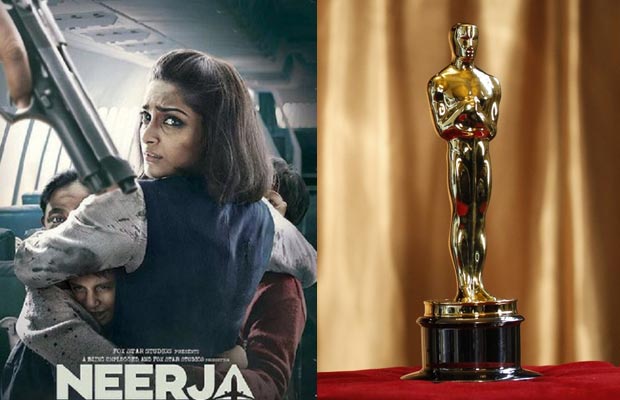 [tps_footer]Sonam Kapoor starrer film ‘Neerja’ is earning all applauds for its brilliant execution. The film which is a biopic on brave heart flight attendant Neerja Bhanot has made its way to the audience’s hearts. The biopic was much awaited even before its release, and the promising outcome was a cherry on the cake. Almost all Bollywood celebrities praised Sonam Kapoor for her phenomenal performance in the film.

The audience, who earlier thought of Sonam only as a style icon, showered the actress with loads of compliments on her commendable acting skills. Seems like, ‘Neerja’ has not only won accolades at the home front but has also marked a place for itself at the global level.

Various reports hint at the fact that Sonam starrer ‘Neerja’ might be India’s official entry at the next Oscars. Recently when the Fox Star Studios India CEO Vijay Singh hosted a thanks giving press interaction he was asked about ‘Neerja’s entry to the Oscars. Not dwelling much into the details, Vijay Singh hinted that there is a possibility that the film might be India’s official entry due to its content driven genre.

There has been no official confirmation made on ‘Neerja’s entry to the Oscars. Directed by Ram Madhvani, ‘Neerja’ depicts the tale of Neerja Bhanot who saved the lives of almost 359 passengers on a hijacked flight.

The film has not only been critically applauded but has also witnessed amazing collections at the box office. Well, if ‘Neerja’ hits the Oscars Sonam Kapoor is surely going to go higher on her career ladder.[/tps_footer]