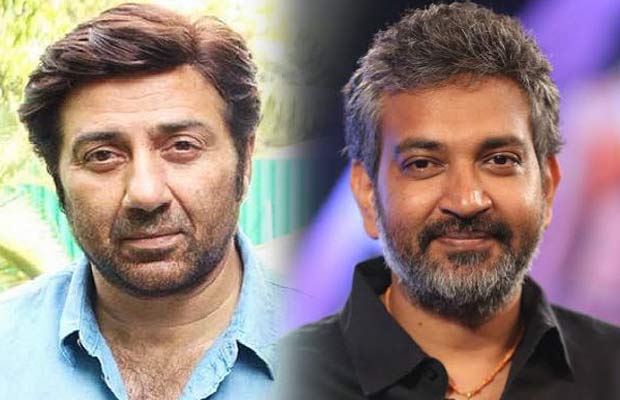 [tps_footer]SS Rajamouli created history with his film ‘Baahubali’. The mind blowing filmmaker is now in the news for casting Sunny Deol in his next film. Sunny Deol has been away from the limelight since many years. Recently, the actor made a comeback with the film ‘Ghayal Once Again’. The film received a good response and the actor also made his directorial debut with the same.

Well, even after a cold response for ‘Ghayal Once Again’, Sunny Deol has now landed himself in a big project. Reports state that mastermind filmmaker SS Rajamouli is ready to rope in Deol for his next project. The film is currently titled ‘Mera Bharat Mahaan’. The movie will be scripted by KV Vijayendra Prasad of ‘Bajrangi Bhaijaan’ fame.

The movie is still in talks and the title is yet to be finalized. The film is expected to go on floors from June this year. It is speculated that veteran superstar Dharmendra might also be a part of the film. The film is assumed to be patriotic in nature but no further details are yet revealed.[/tps_footer]