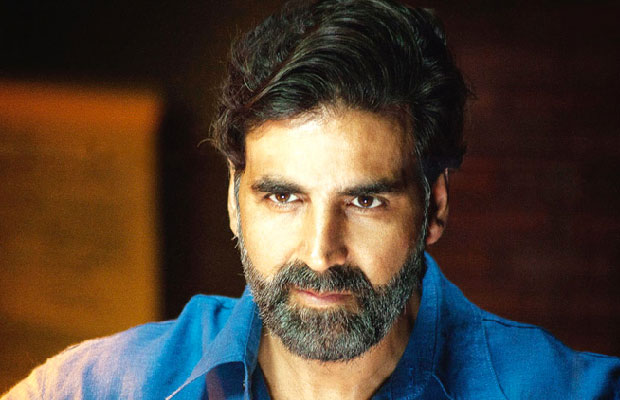 The action hero of the Bollywood industry, Akshay Kumar has loads of fans. The actor who is known for his humility and down to earth nature was treated amazingly by his fans recently. Akshay who loves to interact with his fans on a regular basis couldn’t believe his eyes when he saw the magnificent surprise his fans had bought for him.

Akshay who earned laurels for his last film ‘Brothers’, was treated by his fans from Solapur by a group named Khiladi. The group gifted Akshay a massive Ganpati idol, as big as the entrance of his house. Yes! the handsome actor was shocked to the core when he saw the idol welcoming him as he entered the house.

The actor was surely overwhelmed by this unique surprise and took to the photo sharing app Instagram to post about the same. Akshay posted the picture of his residence entrance being adorned by the Ganpati idol and captioned it saying, “Came home to this magnificent Ganpati idol from Khiladi Group, Sholapur. You all have a place in my heart but this will definitely find a place in my home 🙂 Thank you so much! #Blessed #grateful.” 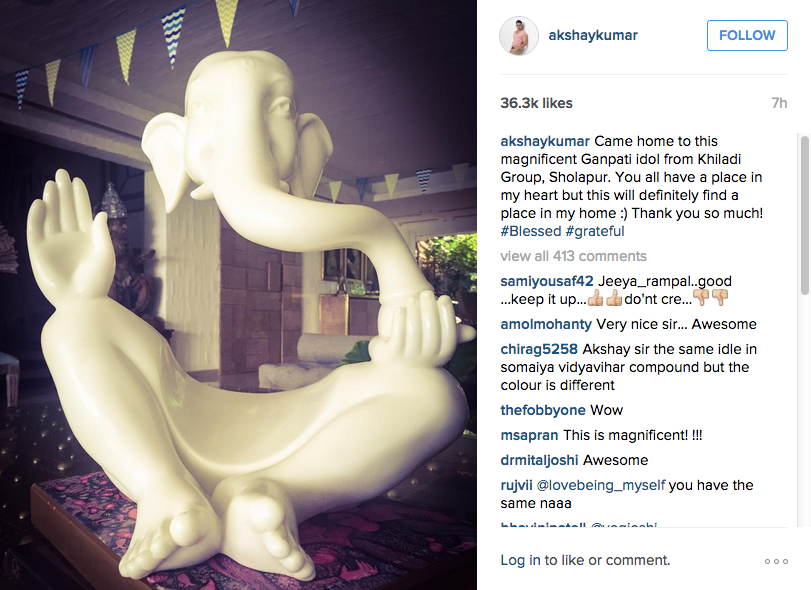 Must say Akshay has all the reasons to rejoice for with such loving fans. On the work front, the Khiladi of the industry will soon be seen in the film ‘Singh Is Bliing’ which also features actresses Amy Jackson and Lara Dutta. The power packed movie is all set to hit the theatres on October 2, 2015. The songs of the movie have already released and are also being loved by the audience.

The amazing star Akshay known for his good deeds recently was in news as he donated Rs. 90 lakhs to the drought stricken farmers.