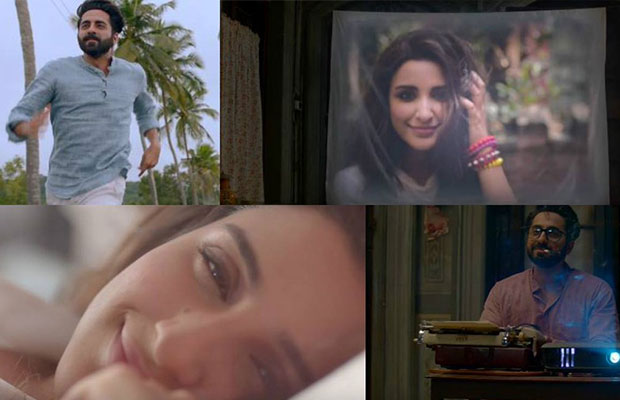 Meet Abhimanyu Roy’s Bindu! You will surely fall for this.

Meri Pyaari Bindu, a YRF (Yash Raj Films) Productions, teaser is out and it looks like this one is going to bring your heartache back. Meri Pyaari Bindu is directed by, Akshay Roy, the film is starring Parineeti Chopra and Ayushmann Khurrana. It is a Bollywood drama and looks like another stormed love story.

The teaser begins with Ayushmann Khurrana on screen with a nerdy look, depicting himself as a writer who’s ready to bleed pages with his words. He plays a short movie, re-living the memories of his Bindu and penning them down. While Parineeti Chopra looks charismatic as ever.

It is seen that she is being remembered by Abhimanyu Roy (Ayushmann) and he should’ve got over her. Parineeti Chopra plays the role of a bubbly girl with loads of love beneath herself for the life she lives and for what she is. We think, this new Bindu is going to do something more than justice to this role.  Her name means “trouble”, but she looks like an adorable human being with a soft pumping heart.

The teaser begins with the song,” Abhi na jaao chodkar” in its background and that’s enough to tell us the love story is going to take us on a love swing. The movie is set to release on May 12, 2017. Stay in touch with BusinessofCinema to gets more updates on Meri Pyaari Bindu.