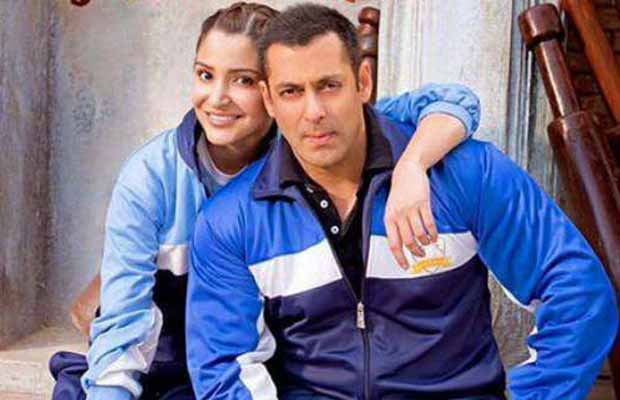 [tps_footer]Anushka Sharma and Salman Khan are ready to impress the audience with their film ‘Sultan’. The highly talented stars Anushka and Salman are surely leaving no stone unturned to make their film a super successful one. Salman starrer film ‘Sultan’ is already riding high on the minds of the masses. The shooting for the movie is going on in full swing and gorgeous starlet Anushka is also tightening her dancing shoes for the same.

After all the gung ho about Dabangg Khan’s macho image in the film, Anushka Sharma has treated her fans with a selfie from the rehearsals of the first song of the film ‘Sultan’. The actress, who is now regarded as one of the most versatile divas in the industry, is seen in a confident avatar in the selfie. Anushka Sharma has now started rehearsing for the very first song of the film ‘Sultan’.

Yash Raj Films clarified the same on the micro blogging site twitter by posting, “The gorgeous @AnushkaSharma has got her dancing shoes on! Rehearsals for #Sultan‘s song shoot have begun!” 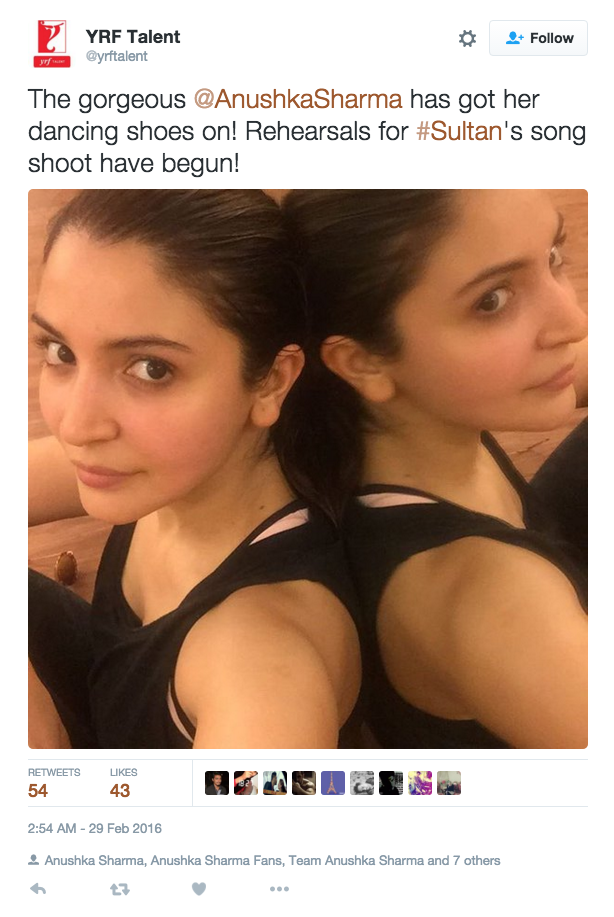 The plot of the song is still kept under wraps and not much is known about its genre too. According to reports, Farah Khan will be choreographing the song for Anushka and Salman. Directed by Ali Abbas Zafar, ‘Sultan’ is based on the genre of sports and will see Salman Khan in a unique avatar of a wrestler.

With Anushka and Salman sharing screen space for the first time, the masses can hardly wait for the film to release. It is speculated that Salman Khan’s ‘Sultan’ and Shah Rukh Khan’s ‘Raees’ might clash on the box office with same release dates.

Well, we cannot wait to witness the first song from ‘Sultan’![/tps_footer]