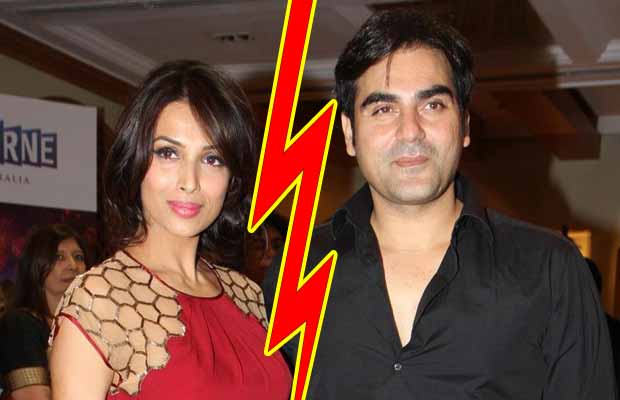 [tps_footer]The year 2016 has not started on a happy note for many Bollywood celebrities. With numerous divorces, break ups and negative speculations on relationships, many B-town stars are still coming in terms with their heartbreaks. One of the most adorable duos of the tinsel town Arbaaz Khan and Malaika Arora Khan were also not spared of the divorce rumors.

It was speculated that Arbaaz and Malaika who were once regarded as the much in love couple, are heading for a separation. Reports suggested that the couple is having tiffs and is now thinking of parting ways. After keeping mum about the rumors, Arbaaz Khan once clarified that there is no truth in the stories; the handsome star also was miffed on the media for interfering in his personal life without any reason.

Once again after all the matters are seemingly resolved Arbaaz Khan has opened up on his equation with wife Malaika Arora Khan. Arbaaz confessed openly that initially he was not possessive for Malaika but over a period of time, things have changed. The actor clarified saying that when one achieves something or someone, one does not want to lose it. Arbaaz added that he loves Malaika and is also possessive about her.

The amazing star further went on to say that the situation was not like this when they had started seeing each other but has happened now. Giving relationship goals to all the couples, Arbaaz Khan smashed all the rumors of his divorce with Malaika when he said that Malaika is very precious to him and he loves her more than anything else in this world.

Drenched in love Makhanchan Pandey of Dabangg added that he is afraid of losing Malaika. The actor with the most charming personality went ahead and claimed that wife Malaika Arora Khan is now the power controller in their relationship and he listens to her more than he used to before.