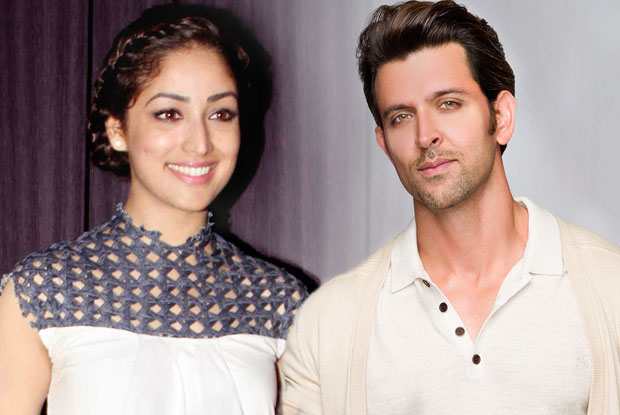 [tps_footer]As we all know Bollywood actress Yami Gautam who was last seen in her film ‘Sanam Re‘, will be seen romancing actor Hrithik Roshan in their upcoming film “Kaabil”, which is being directed by Sanjay Gupta.

Yami Gautam who was at the launch of the new range of Skecher Shoes, was asked about her first reaction when she was offered Hrithik Roshan starrer “Kaabil”.

“I am excited. It means a lot to work with him (Hrithik). I was numb, speechless when the offer came to me. It is going to be a special film, special journey. I am looking forward to start the project,” Yami responded.

“I am also nervous to dance and romance (Hrithik). He is a brilliant actor, best dancer, his style and attitude is amazing,” Yami Gautam added.

Meanwhile, after ‘Sanam Re’, Yami Gautam has geared up for her upcoming film ‘Kaabil’. The actress has already begun with the preparation of the film and will soon start with the workshop and shooting soon.

“We are deciding the look and all. We will start with workshop. We will start shooting soon,” the Vicky Donor actress revealed at the shoe launch event.

Talking about the film, Yami Gautam and Hrithik Roshan starrer Kaabil is based on visually impaired characters in the film. The plot of the film revolves around Roshan‘s character, who wishes to avenge his girlfriend’s rape and murder. The storyline of “Kaabil” is said to be quite similar to Salman Khan‘s unreleased film ‘Buland’.[/tps_footer]