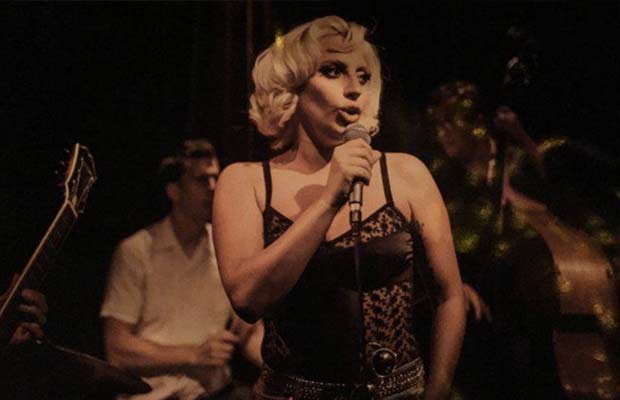 At the Oscars, Lady Gaga took the stage to perform her Oscar-nominated song ‘Til It Happens To You’ from rape documentary ‘The Hunting Ground’. The documentary investigated widespread sexual assault on American college campuses. The singer received standing ovation from the star-studded audience and some of them were in tears. She brought the sexual assault survivors on-stage and took a bow with them. Though she didn’t win the award, she won everyone’ heart with her performance.

After the Oscars performance, the Grammy award winner singer took to her Instagram to share pictures with the survivors. She confessed on being ashamed about it and how it was so difficult to share it with everyone. She also revealed that her grandmother and aunt had no idea that she was a victim until her Oscars performance. Her grandmother called her up later that night and told her that she has never been more proud of her. She wrote “My grandmother (in the middle) and my Aunt Sheri (on the right) both called me the day after the Oscars because I never told them I was a survivor. I was too ashamed. Too afraid. And it took me a long time to even admit it to myself because I’m Catholic and I knew it was evil but I thought it was my fault. I thought it was my fault for ten years. The morning after the Oscars when I talked to my grandmother Ronnie, with tears in her eyes I could hear them welling through the phone she said to me “My darling granddaughter, I’ve never been more proud of you than I am today.” Something I have kept a secret for so long that I was more ashamed of than anything– became the thing the women in my life were the most proud of. And not just any women, the ones I look up to the most. #BeBrave #speakup#tilithappenstoyou” 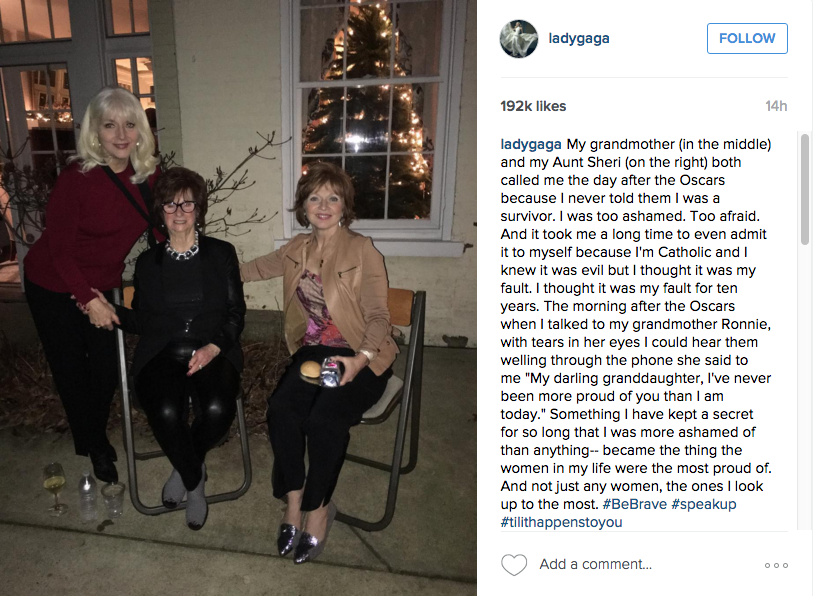 Since Gaga opened up about her past, all she has received is respect from everyone for coming out and helping everyone.[/tps_footer]