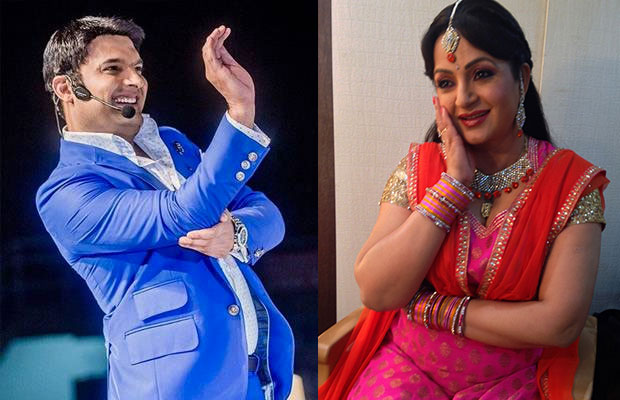 Ever since Sunil Grover, Chandan Prabhakar and Ali Asgar have quit Kapil Sharma’s show; the comedian star has been trying his best to pull up the show again. Post Kapil’s mid-feud air with Sunil Grover, things surely not going right for the show. While Kapil is losing his teammates with each passing day, there’s someone who has come to the comedian’s rescue.

Yes, former teammate Upasana Singh, who won hearts with her hit character ‘Bua’, is coming back on the show again. Confirming the news to Zoom, Upasana said, “Yes, it’s very much true. In fact, I was shooting with Kapil last night. You’ll see me coming back in a very different character and I hope the audience is going to like it. People have been asking me from quite a while about my comeback on Kapil’s show, so I’m happy to inform them that finally I’m coming back.”

The surprising thing about Upasana Singh’s comeback is that she will be seen in a unique character this time. She said, “Though I can’t divulge much detail about my character, but I can assure you that it’s going to be an interesting one and very different from my character Bua. I’m not playing Bua this time.”

Well, Kapil is getting more two characters on the show along with Upasana Singh. Yes, you read that right! Revealing about the same, the comedy queen said, “There are going to be an addition of two more characters, one who’ll play my husband and the other who’ll play my boyfriend.”

However, Upasana Singh is saddened with the fact that other teammates Sunil Grover, Chandan Prabhakar and Ali Asgar have quit the show. She said, “It’s very disheartening that my close friends have left the show, but I don’t think this situation will last for long. Just like in a family we have fights, disappointments but at the end of the day, we come back together. So, it’s the same situation now and I’m sure they will come back again. Sunil has been a very good friend of Kapil. In fact, Kapil himself wants Sunil to come back.”