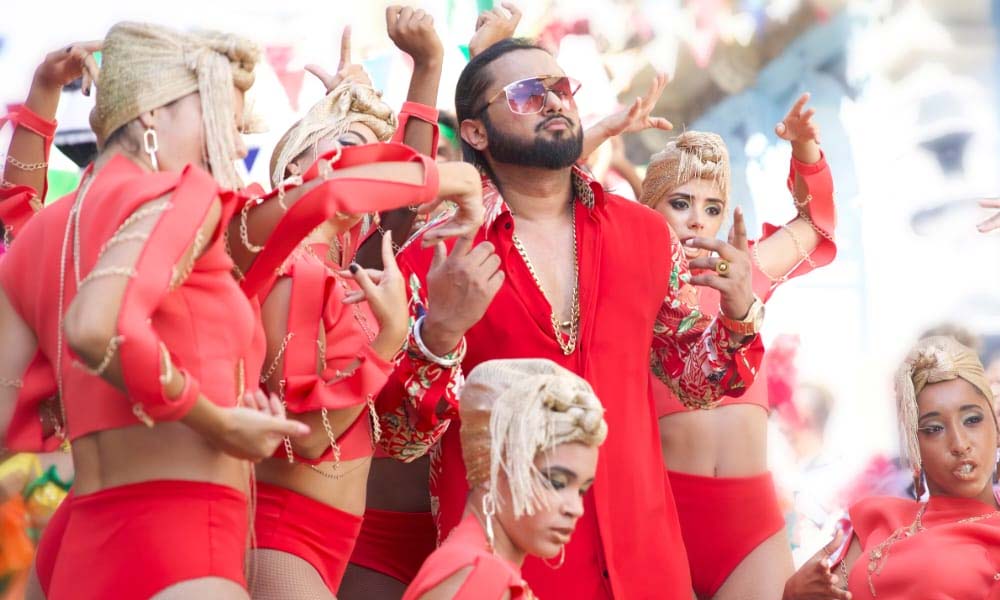 Treating the audience with his latest song marking the festive season, music sensation Yo Yo Honey Singh made a grand comeback with the recently released music video ‘Makhna’ that has taken the internet by storm in no time. The music video features Yo Yo Honey Singh on screen after a long time, the music composer is seen in an all-new avatar raising the excitement of the audience.

Breaking records in no time, Makhna has emerged as an instant chartbuster, proving to be the perfect party number this festive season. As the audience gears up for Christmas and New year, Yo Yo Honey Singh has presented the celebratory song with quirky lyrics and groovy beats that has become a hit amongst the netizens in no time. The music composer has time and again supported as well as promoted new talent, with Makhna, Yo Yo Honey Singh yet again paves a way for new singers.

Garnering 2 million views in just an hour, Yo Yo Honey Singh’s Makhna has broken records across quarters. The song has also emerged as the fastest 10 million views on YouTube. Makhna also has garnered the fastest 5 lakh likes for an Indian song ever!

Last year, Yo Yo Honey Singh presented ‘Dil Chori’ just around the New Year’s Eve becoming the most favourite party track at New Year parties. This year, Makhna is sure to become the party favourite.

Talking about the song Yo Yo Honey Singh said, “Makhna has a very celebratory vibe and is shot against a carnival setting bringing in the party mood. The Latin and Spanish flavour of the song adds to the quirk and celebration making it a perfect pick for the festive season. It has been extremely overwhelming to see the tremendous response of the audience to my comeback song, it is the love of the audience that keeps me inspired to do better every passing day.”

Bhushan Kumar who presented the party favourite ‘Dil Chori’ last year with Yo Yo Honey Singh said, “After creating an uproar with Dil Chori last year during the New Year’s Eve season, this year Yo Yo Honey Singh has treated with a party track again with Makhna. The humungous fanbase of the musician has time and again translated into the record-breaking views and social media response.”