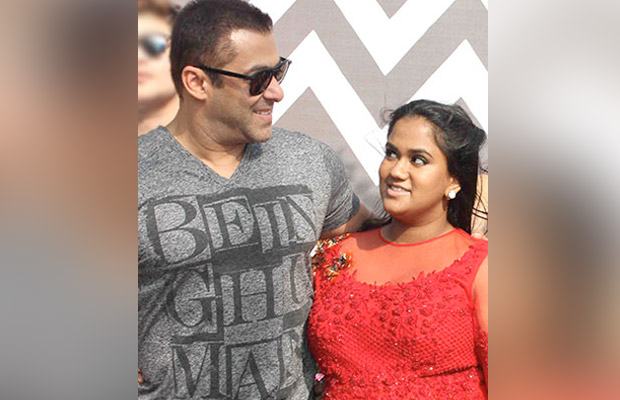 [tps_footer]Bollywood actor Salman Khan and his sister Arpita Khan Sharma’s bonding sets major sibling goals for everyone. Being the youngest member of Bollywood’s famous Khan family, Arpita Khan Sharma is pampered all the time by her brothers Salman, Sohail and Arbaaz Khan. Well Arpita, who has always been showered with gifts and love, has received another amazing yet touching gift by Salman.

After Arpita delivered a baby boy, Salman Khan could not gift anything to her as he was very much engrossed with the shooting of his recently released film Sultan. As per reports, Salman planned to gift something memorable yet unique gift to his baby sister. He got an artist to make a three-dimensional image of the baby’s hands placed within his own hands around them. Isn’t that so adorable?

Well, it’s not just that, the impression is made of real gold. Yes, it’s made of gold and both Arpita–Aayush are in love with Salman Khan’s gift.

On the work front, after his blockbuster film Sultan, Salman Khan will be moving to Ladakh for the shooting of Kabir Khan’s next, which is titled as Tubelight. Tubelight will go on floors by the end of this month in Ladakh and is expected to release next year on Eid 2017.
[/tps_footer]