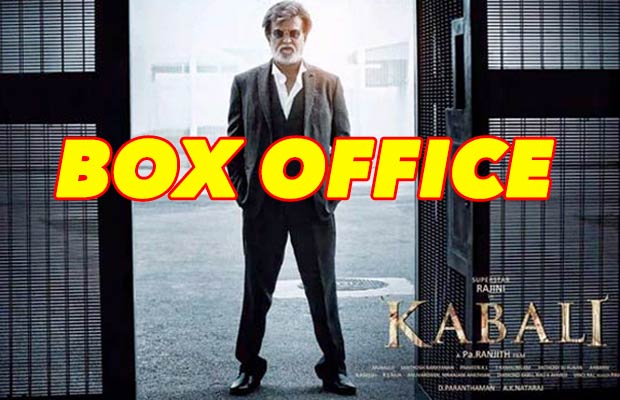 [tps_footer]‘Kabali’ directed by Pa Ranjith has seen massive records since its first day of release. The film starring Rajinikanth in the main lead has been declared a blockbuster already. The movie sees Rajini in the role of a Malaysian don. Rajinikanth’s never ending fan following has done wonders for its box office records. The film has not done too well in the Hindi belts but it is marching towards being the highest earner in the Tamil market.

With ‘Kabali’, Rajinikanth has crossed his own record of the film ‘Enthiran’.  It can be said that Rajini’s gangster flick will not cross the Telugu records of ‘Enthiran’ but it will race past the overall records of SS Rajamouli’s ‘Baahubali’.

Rajinikanth’s film in its records is not extremely high as it was predicted. With this kind of massive strategy and promotions, the 100 crore figure was already assumed. The film has crossed the mark of 120 crore which is not humungous for a Rajini starrer given its wide release in all parts of India. ‘Kabali’ will easily become the second film of all times to cross the 200 crore mark after ‘Baahubali’.[/tps_footer]