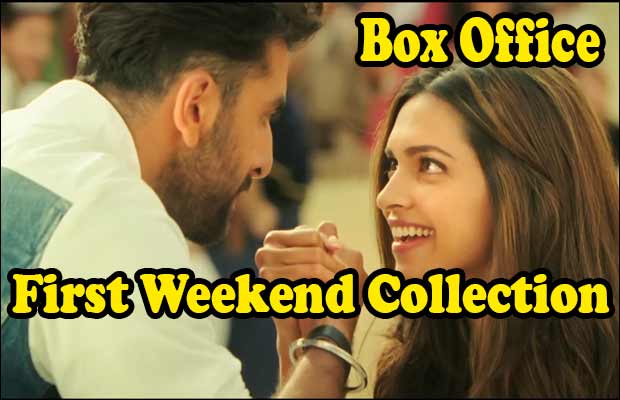 [tps_footer]Bollywood film ‘Tamasha’ starring Ranbir Kapoor and Deepika Padukone has finished its first weekend run at the box office in an impressive way. The film opened to good response from the audience, and as it does not face much competition, ‘Tamasha’ has managed to rake in growth upon growth since its opening on Friday. The film has managed to collect Rs. 38.23 crores net approx after its first weekend run.

After a 40% occupancy rate on its opening day at the box office, ‘Tamasha’ minted Rs. 10.82 crores net approx (Rs 108.2 million) which is a good number for the film. The film has shown good growth on Saturday with collections set to be around Rs 13.50 crore net approx (Rs 130.5 million). The growth is around 20% which is pretty good from a decent first day. And on Sunday the growth went further up as the film collected Rs. 14.12 crores net approx (Rs. 141.2 million).

The film is performing best in multiplexes and metropolitan areas where the crowd chooses to watch new age love stories like ‘Tamasha’. The good part for ‘Tamasha’ is that ‘Prem Ratan Dhan Payo’ (outside few circuits) and ‘Spectre’ have come down to low levels so will have the weekend to itself. The other release of the week ‘Yeh Ishq Sarfira’ has no chance and will be a total washout.

The performance given by both Ranbir Kapoor and Deepika Padukone has added fuel to the fire which was already ignited through endless promotional activities undertaken by the two. All the credit is being given to the sizzling chemistry between Ranbir Kapoor and Deepika Padukone. After a good start at the box office we wait to see where this magical chemistry between the actors leads the film in its first weekday run at the box office.[/tps_footer]