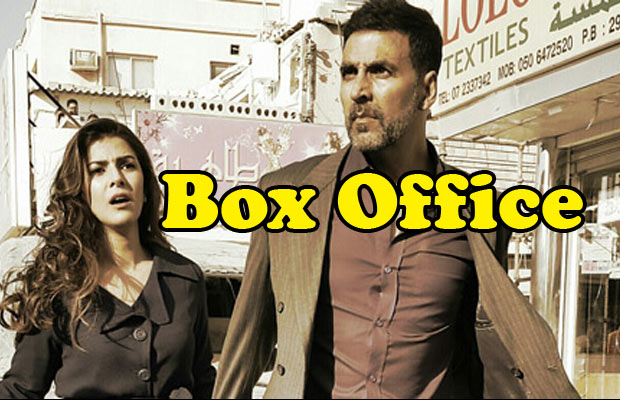 [tps_footer]Akshay Kumar’s Airlift has hit theatres today. This film is is one of Akshay Kumar’s many off-beat films. The film has opened to decent collections of around 30-35% occupancy, as multiplexes of cities opened well. The film has done well in big cities. Delhi and Punjab should do good business by evening as there are also huge multiplex present in these areas.

There is a long way to go for the film, as the film does not have a big cast, we cannot expect big numbers, so now it just depends on the weekend growth. If the evening growth comes then it will have good platform to build from on Saturday and Sunday with solid growth.

Though when you compare Airlift to Akshay Kumar’s Baby, which was released last year, the opening is much better. Airlift also has a competition from Kyaa Kool Hain Hum 3.

Bollywood actors Akshay Kumar and Nimrat Kaur are starring opposite each other for the first time in ‘Airlift’.’ Airlift’ is an edge-of-the-seat thriller based on a real incident, which occurred in Kuwait in the 1990s, during the time of Gulf War. An Indian businessman, Ranjit Katyal, helped in evacuating 1,70,000 Indians, safely, back to their home country at the time of Iraq-Kuwait war.

‘Airlift’ is one of Akshay Kumar’s many off-beat films such as ‘Special 26’,‘Baby’, and ‘Holiday’ which has not only been commercially successful, but also garnered rave reviews and positive reactions from the audience.[/tps_footer]