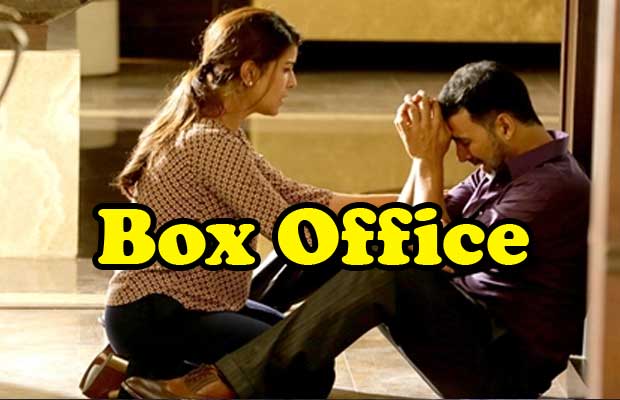 [tps_footer]‘Airlift’ directed by Raja Menon has earned positive applauds from all ends. The patriotic film starring Akshay Kumar and Nimrat Kaur has already been declared a successful film. The movie which is based on the Gulf War of the 1990’s showcases the massive rescue operation carried out by India. ‘Airlift’ gained a commendable opening on the first day and further witnessed good collections on the weekend too.

The content driven film has entered in its first week and has completed the first Wednesday run at the box office too. ‘Airlift’ released with the adult comedy film ‘Kyaa Kool Hain Hum 3′. The two films which are extremely different in their genres have a vast difference in their collections. ‘Airlift’ is undoubtedly leading in its earnings due to strong word of mouth publicity and positive critic reviews.

The film ‘Airlift’ was already much anticipated by the masses for its intriguing and curiosity filled promo and trailer. A few songs from the movie also were a treat to the ears which further proved beneficial for the film in some way. With Republic Day falling on Tuesday which is a public holiday, the film attracted more crowds at the screens.

The movie is expected to cross the mark of Rs. 80 crore (Rs 800 Billions)easily in the coming days. Now whether the collections for the Akshay Kumar starrer show a positive pick up in the coming weekend or no is yet to be seen.[/tps_footer]