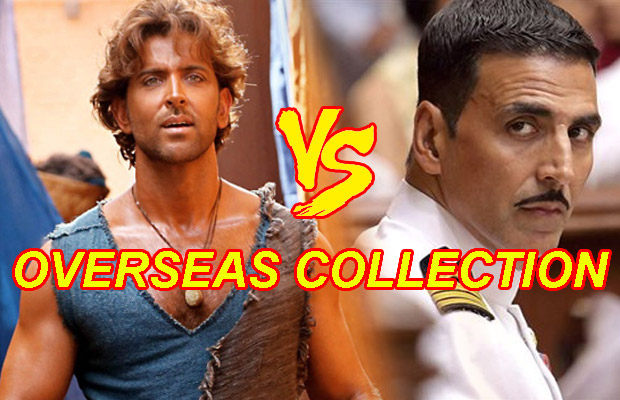 Mohenjo Daro has grossed $800,000 in US / Canada while Rustom is around $875,000. Well, there is not much in the difference of collection between the two films in the US/Canada but the real shock is the huge difference in Gulf market. Rustom is $1.1 million approx and Mohenjo Daro is $750,000 approx in Gulf.

Akshay Kumar’s Rustom has the third biggest opening in Gulf after Housefull 3 and Airlift. Both the films are witnessing huge battle at the box office. Akshay starrer Rustom is leading ahead and the total weekend collection of the film is expected to grow big.

The subject of the film ‘Rustom’ is more metropolitan as it is based on the Nanavati case whereas ‘Mohenjo Daro’ is historic in nature based on the Indus Valley Civilization. The varied plots also have carved different target audiences.