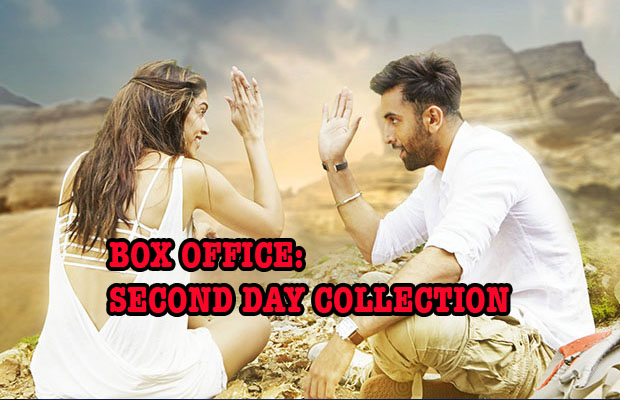 Bollywood film ‘Tamasha’ starring Ranbir Kapoor and Deepika Padukone has opened to a good response on its release date. The film released on Friday across India and managed to gather crowd at the theatre right from its morning show. With a good occupancy rate of 40% by the evening, the film received good word of mouth due to lead stars Ranbir and Deepika. The day one run of ‘Tamasha’ is also impressive and likely on the road of what was speculated from the film.

Still the opening is far better than Ranbir Kapoor’s last film Bombay Velvet despite Tamasha also having weak music and content which has limited audience. Tamasha has put up good figures in Mumbai and South India. The film is performing best in multiplexes and metropolitan areas where the crowd chooses to watch new age love stories like ‘Tamasha’. The performance given by both Ranbir Kapoor and Deepika Padukone has added fuel to the fire which was already ignited through endless promotional activities undertaken by the two.

Compared to last year’s hit flick ‘Yeh Jawaani Hai Deewani’ starring Ranbir and Deepika,Tamasha’s performance is nowhere nearby. YJHD had a splendid performance of Rs. 19 crores net approx on its opening day which means ‘Tamasha’ is short by almost half the amount. ‘Tamasha’ was predicted to beat the record set by YJHD but failed to do so by a huge margin. Despite rigorous promotions, the film could not match up to the level of previous Ranbir-Deepika starrer films.

The good part for Tamasha is that Prem Ratan Dhan Payo (outside few circuits) and Spectre have come down to low levels so will have the weekend to itself. The other release of the week Yeh Ishq Sarfira has no chance and will be a total washout.

However, audiences are giving great response to the film in general. Where all the credit is being given to the sizzling chemistry between Ranbir Kapoor and Deepika Padukone. The actors have nailed their individual personalities in the film leaving the audience wanting for more. After a good start at the box office we wait to see where this magical chemistry between the actors leads the film in its first weekend at the box office.