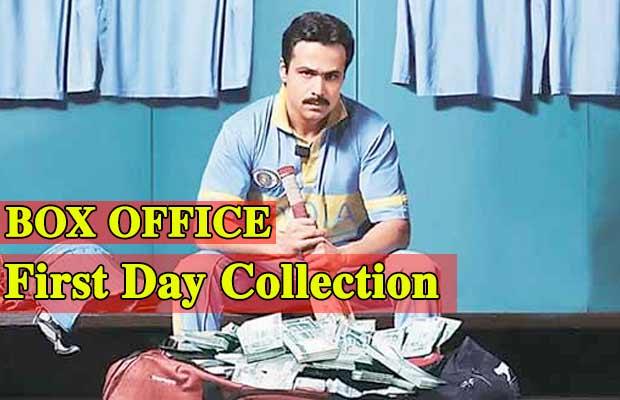 [tps_footer]Emraan Hashmi‘s Azhar, which is based on the life of former Indian cricketer Mohammad Azharuddin, released on May 13 and has managed to collect pretty good collection at the Box Office on its first day of release. The film had a good start on the release day with Rs 6.25 crore nett (Rs 62 million) collection.

Though not big numbers, but the film has managed to earn well on its first day than films like Kapoor & Sons and Ki & Ka. The collection of Azhar was pretty good on the morning shows but could not show any major growth at the big multiplexes in the evening. However, with a decent start at the Box Office, the film has to show good growth on weekend days.

Azhar has received good response and appreciation for Emraan Hashmi’s performance. Even Emraan and Prachi Desai’s chemistry in the film has impressed many. Though the film received a good reaction from the audience but received mixed reactions from the critics. Now it remains to see if Azhar is all set to surpass good numbers in the coming days or no.

Azhar is based on incidents and facts of the former Indian cricketer Mohammad Azharuddin, who ended up becoming the country’s most controversial sportsman due to allegations made on match fixing and his love affairs with actress Sangeeta Bijlani (played by Nargis Fakhri). Directed by Tony D’Souza, Azhar is produced by Shobha Kapoor, Ekta Kapoor & Sony Pictures Networks.[/tps_footer]