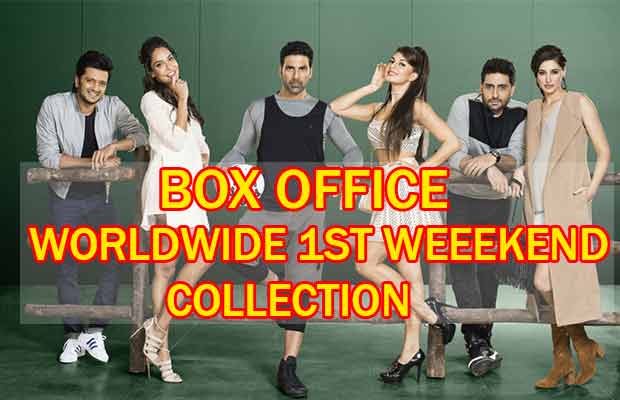 [tps_footer]Housefull 3 has a good hold at the Box Office in India and has equally received good response from the audiences and critics. Akshay Kumar, Abhishek Bachchan and Riteish Deshmukh starrer ‘Housefull 3 is currently breaking records of this year’s films and are set to create the same magic for worldwide business. The comedy drama film is looking at 96-97 crore approx (960-970million) worldwide business in its opening weekend.

Also, Housefull 3 is beating all the records of Akshay Kumar starrer films in both, worldwide and Indian collection. Worldwide business of Housefull 3 is highest ever for Akshay Kumar, beating Rs 81 crores (810 million) of ‘Brothers’ and Rs 78 crores (780 million) of ‘Airlift’. The constant rise in collection means audiences loved the film and that’s helping the film to create a better collection for Housefull 3. Well, it remains to see if the film can set the target of 200 crores worldwide at the Box Office.