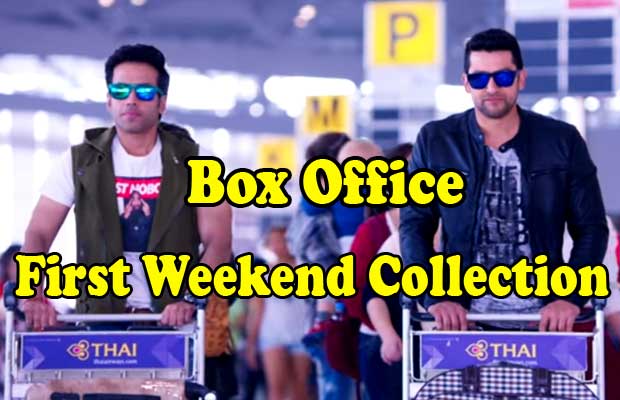 [tps_footer]Adult comedy film ‘Kyaa Kool Hain Hum 3′ released along with ‘Airlift’. The film starring Tusshar Kapoor, Aftab Shivdasani and Mandana Karimi was much in the limelight for it’s over the top double meaning references in the trailer as well as promos. With an adult genre, the movie couldn’t generate loads of audiences at the screens as compared to ‘Airlift’.

The reviews of the film ‘Kyaa Kool Hain Hum 3′ are not promising and also the word of mouth publicity for the film is nowhere. The film which was in news only for its adult jokes and plot did not have any chartbuster hit songs which further added to the loss on the recall value. It is being said that the movie has nothing but a few cheap jokes, apart from that there is no valid content in the film.

Film ‘Kyaa Kool Hain Hum 3′ might suffer from a major setback because of Akshay Kumar starrer film ‘Airlift’ which is a movie for family audience.  The first weekend collection of Tusshar Kapoor’s adult comedy is average.

The collections of the film are not bad, but might suffer on the weekdays due to the patriotic film ‘Airlift’s strong word of mouth publicity amongst the masses.[/tps_footer]