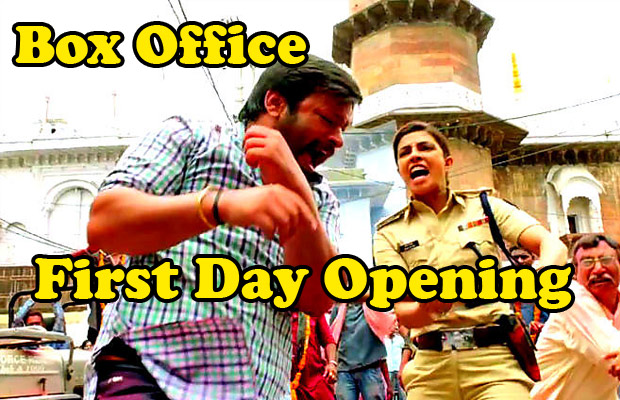 [tps_footer]Prakash Jha’s directorial ‘Jai Gangaajal’ has finally hit the screens. The intense movie which is based on the lines of politics and corruption stars actress Priyanka Chopra in a lead role. With a label of seriousness attached to the plot, the movie was not very much awaited by the masses. However, with Priyanka’s stardom ‘Jai Gangaajal’ was able to create a buzz before the release.

The film ‘Jai Gangaajal’ is evidently not a family entertainer. Being a Prakash Jha film, the movie is presumed to be for young adults. With all the films being promoted at a large scale, ‘Jai Gangaajal’ surely fell short of recall value. The movie which stars Priyanka Chopra in the main lead does not even have songs which are on the chart busters which further deteriorated its presence in the minds of the audience.

Although the political movie has no competition, the immense success of ‘Neerja’ can truly become a hassle for its collections. Sonam Kapoor’s ‘Neerja’ is still running successfully at the screens and this might become a hindrance to ‘Jai Gangaajal’.

The film has opened at a poor scale of 10%. The film managed to fare better at the single screens than at the multiplexes. There is hardly any massive hope for the political centric movie ‘Jai Gangaajal’ except for positive word of mouth publicity and strong content.

Nevertheless, Priyanka’s popularity might be able to pull off some crowd at the metro cities. Now whether ‘Jai Gangaajal’s collections improve in the upcoming week or no only time will tell. The weekend collection of the film will however, be a crucial game decider for its success or failure.[/tps_footer]