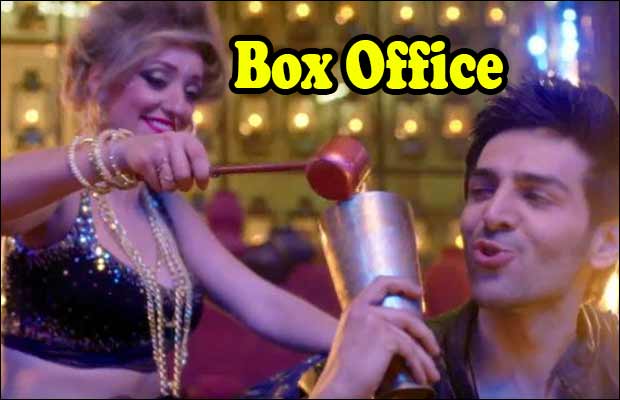 Bollywood film ‘Pyaar Ka Punchnama 2′ has finished its first weekend at the box office with a good collection and decent trend. The film has surpassed the collections of its sequel in just two days and has collected Rs. 20.50 crores net approx (205 million) in its first weekend. The film opened to a decent start and went on to enjoy growth on Saturday as well as Sunday.

A growth of 30% on Saturday could have helped it to have a confident weekday run, but the current figures are decent nonetheless. Now everything depends on the Monday collections of the film and whether it experiences growth or steady dip in the collections. The Monday business will determine the film’s overall run at the box office.

‘Pyaar Ka Punchnama 2’ has performed surprisingly well leaving films like ‘Jazbaa,’ ‘Bombay Velvet’, ‘Piku’ and ‘Katti Batti’ behind in its first day collection. Which is a commendable thing since the latter are big budget films. The film has enjoyed good word of mouth as well as hype due to its prequel. Being a Delhi based film, it has enjoyed more audience in Delhi/UP regions. Mumbai performance has been comparatively lower.

‘Pyaar Ka Punchnama 2’ is the sequel of its original film of the same name which saw the story of three bachelors and the turmoil in their relationships. Other than the lead actor Kartik Aaryan and actresses Nushrat Bharucha and Sonalli Sehgall, all the other actors are newcomers. The first film that released in 2011 was a huge hit among youngsters owing to its fresh and relatable concept. The film’s sequel has been directed by Luv Ranjan and produced by Viacom 18 Motion Pictures and Panorama Studios Production.