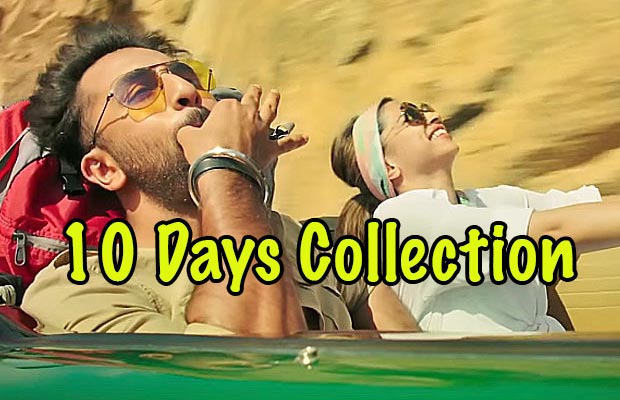 [tps_footer]Bollywood film ‘Tamasha’ starring Ranbir Kapoor and Deepika Padukone finished its second weekend at the box office. The film has underachieved after its 10 days run by not even been able to touch the 60 crore mark that it was expected to touch. ‘Tamasha’ had a very good opening and a relatively strong run at the beginning of its first weekdays, however the film could not catch up during the second weekend and managed to collect only Rs. 59.50 crores net approx (Rs. 595 million).

On its second weekend at the box office, ‘Tamasha’ collected Rs. 1.50 crores on Friday, Rs. 2.25 crores on Saturday and Rs. 2.75 crores on Sunday making it a total of Rs. 6.5 crores which is not up to the mark. The film performed well in major multiplexes, but apart from that it could got attract more audience due to the recent releases. The film was speculated to touch the 60 crore mark before the second weekend starts, but failed to do so by a very close margin even after the weekend.

‘Tamasha’ will not achieve the lifetime business made by ‘Rockstar’ starring Ranbir Kapoor, which collected Rs. 68.50 crores net approx. The film will probably touch the 65 crore mark by the time its run ends at the box office. ‘Hate Story 3′ that released this weekend also took away the film’s market up to certain extent in areas where such genre is highly in demand.

‘Tamasha’ starring Ranbir Kapoor and Deepika Padukone in lead roles has received lot of appreciation from movie buffs who love seeing the two actors on screen together. Both the actors have their own league of chemistry, owing to which the film got good word of mouth. With the stagnant pace of the film currently, we wait to see its lifetime business at the box office.[/tps_footer]