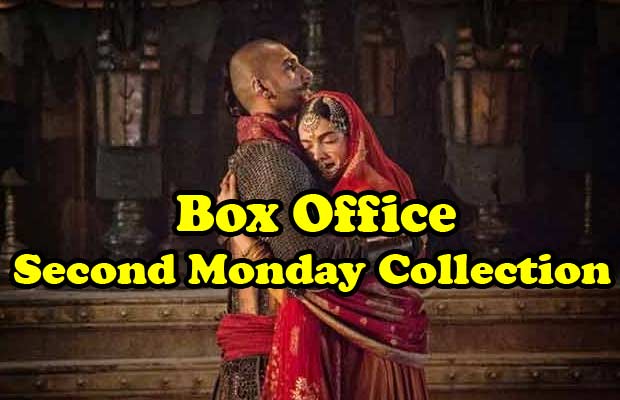 [tps_footer]Bollywood film ‘Bajirao Mastani’ starring Ranveer Singh, Deepika Padukone and Priyanka Chopra has earned decently in its second Monday. The film had a splendid second weekend by creating a record of getting the second highest second weekend collections of 2015 after ‘Bajrangi Bhaijaan’. The film had a rock steady run in its first weekday run which paved way for the film to take advantage of the Christmas holiday factor. ‘Bajirao Mastani’ collected Rs. 5.25 crores net approx (Rs. 52.5 million) on its second Monday at the box office.

Deepika Padukone and Ranveer Singh‘s ‘Bajirao Mastani’ gained all the attention with its strong word of mouth publicity whereas ‘Dilwale’ impressed the masses with its star cast. After the tongue in cheek gigantic figures, the results for the battle of the second weekend collections are out. ‘Bajirao Mastani’ collected Rs. 39 crores net approx in its second weekend which is the second highest after the records previously set by Salman Khan starrer Bajrangi Bhaijaan.

‘Bajirao Mastani’ has shown one of the best growths ever seen at the box office by totally changing the game in second weekend. This can be due to the immense word of mouth the film received as critics and audience alike have given the film thumbs up for everything including the actors and the direction.[/tps_footer]