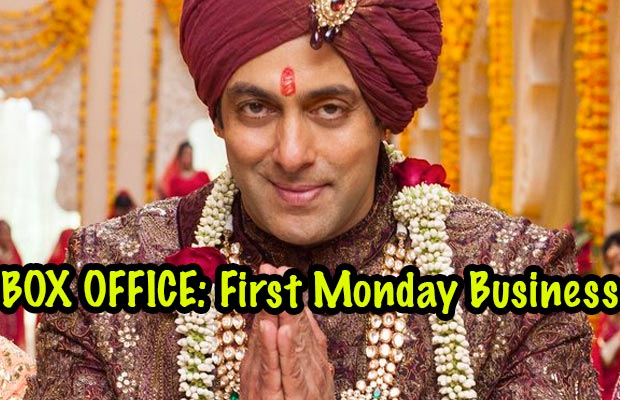 Bollywood film ‘Prem Ratan Dhan Payo’ starring Salman Khan that released on Diwali has faced a major downfall in its Monday collections. The film that set a record by becoming the highest opening film ever, has faced a whooping downfall of 60% from its Sunday collection and approximately 72% fall from its opening day collection. Few regions like Gujarat where the holiday factor is still going on are expected to bring in steady business till mid week. Other regions however have started showing withdrawal.

Last year’s ‘Happy New Year’ had collected Rs. 12 crores net approx on its first Monday so ‘Prem Ratan Dhan Payo’ is lagging behind in that case. The film is estimated to achieve first week business of 155-157 crores which was the similar case with Salman starrer film ‘Kick’. Mumbai circuit is expected to total above 4 crores net approx, while Delhi and East Punjab have already rejected the film. South version of the film is also not expected to bring in more than Rs. 2.25 crores net approx in its lifetime business.

After joining the 100 crore club so easily after its first weekend run, we now wait to see whether ‘Prem Ratan Dhan Payo’ manages to touch the 200 crore mark after its weekday run at the box office. The film will have to sustain the pace and maybe show a little growth in order to cover the ground on coming Friday. Directed by Sooraj Barjatya, it is a family oriented film starring Salman Khan and Sonam Kapoor in lead roles.