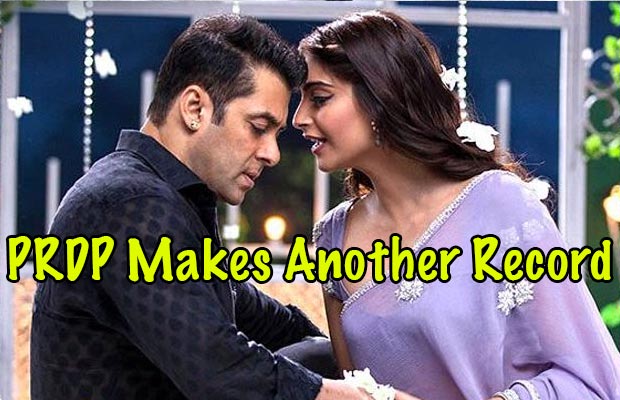 Salman Khan starrer film ‘Prem Ratan Dhan Payo’ has successfully finished its four day run at the box office and already joined the 100 crore club. Apart from making headlines for getting the highest opening day collections, PRDP has now joined the list of top three opening weekends of all time. After films ‘Bajrangi Bhaijaan’ and ‘Dhoom 3′, the film ranks in the third position of the list. A lot of factors have contributed in making PRDP the frontrunner, and the Diwali holiday factor was the most important one.

While ‘Bajrangi Bhaijaan’ enjoyed an Eid holiday on Saturday, ‘Dhoom 3′ had absolutely no holidays and still managed to create records with its collection. ‘Prem Ratan Dhan Payo’ on the other hand released on Thursday and has had a series of holidays in its favour. Considering the holiday factor on only Saturday and Sunday, ‘Bajrangi Bhaijaan’ becomes the only film to gross Rs. 100 crores net approx in its initial three day business at the box office.

‘Prem Ratan Dhan Payo’ is on a streak of making records as the film has again become the third highest in worldwide weekends of all time again after films ‘Bajrangi Bhaijaan’ and ‘Dhoom 3′. The film has collected $8 million net approx (Rs. 52.80 crores approx). One of the reasons why PRDP crossed HNY’s performance worldwide is the difference between the exchange rate of Dollar and Rupee since last year. It will be interesting to see how fast the film achieves the 200 crore mark given its worldwide performance.