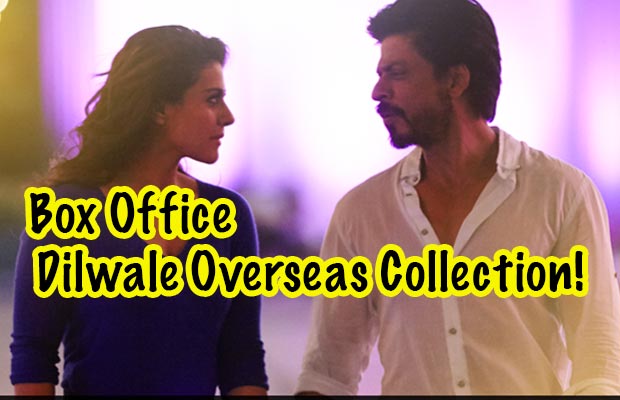 [tps_footer]Shah Rukh Khan starrer film ‘Dilwale’ has witnessed amazing box office collections due to its star factor. The film starring Kajol, Varun Dhawan and Kriti Sanon in lead roles along with SRK has broken good records on the home front. With an amazing collection, the Rohit Shetty directorial film ‘Dilwale’ is on the verge of setting a record in the overseas market too.

The movie has reportedly done maximum business in the Gulf where it has reached on par with ‘Dhoom 3′. Figures also hint at the fact that ‘Dilwale’ has done much more business in the overseas than in India. The weekends have been impressive for ‘Dilwale’ but the film experienced a dip in its collections in India during the weekdays where ‘Bajirao Mastani’ picked up.

With the Christmas holidays and a festive weekend, the movie was successful in attracting the audiences to the screens. The film ‘Dilwale’ managed to garner the attention of the movie goers with its entertainment factor and star cast. The film is termed as a family entertainer which further proved beneficial for the film.Now whether ‘Dilwale’ holds its magnificent collections in the coming weeks too or no is yet to be seen.[/tps_footer]