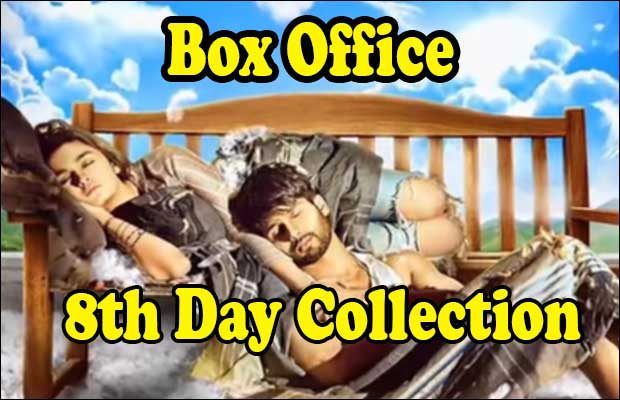 Bollywood film ‘Shaandaar’ starring Alia Bhatt and Shahid Kapoor has finished its one week run at the box office performing poorly. The film has managed to collect very less despite the holiday factor on its opening day, as well as no competition faced by the film other than ‘Pyaar Ka Punchnama 2’. In fact PKP2 has performed better than ‘Shaandaar’ in a week’s time. Shaandaar’s total collection on its eighth day stands at Rs. 36.25 crores net approx (362.5 millions).

‘Shaandaar’ managed to collect only Rs. 6 crore net approx (60 million) in its weekday run at the box office which was really low. The film has performed moderately in Mumbai and Delhi circuits pulling in Rs. 11 crore net approx and Rs. 9.5 crores net approx from both regions respectively. With such poor run on its first week, the film will be lucky to cross even the 40 crore mark at the box office in its final weekend.

‘Shaandaar’ is a romantic comedy film which sees a rich family going abroad for their daughter’s wedding. The film is getting mixed reviews from audiences and critics. Starring Shahid Kapoor and Alia Bhatt in lead, the film is directed by Vikas Bahl who is still enjoying the legacy of his film ‘Queen’ which was a huge blockbuster. The film also stars actors Sanjay Kapoor, Pankaj Kapoor, Sanah Kapoor and also a special appearance by Karan Johar.