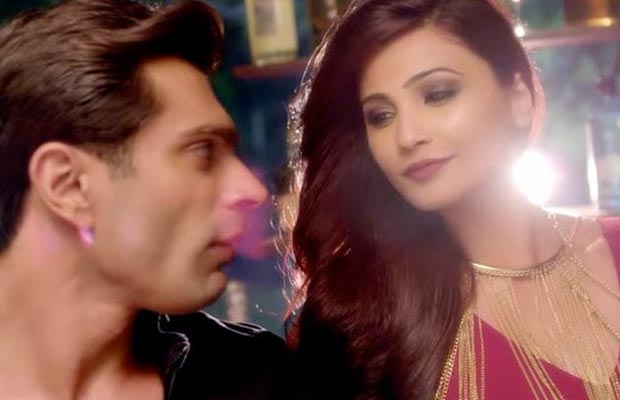 Karan Singh Grover and Daisy Shah’s new song ‘Tu Isaq Mera’ from their upcoming movie, ‘Hate Story 3’, was released today. And O la la !! The intimacy between the two actors is sizzling hot. The song is very catchy and sensuous. The song is composed by Meet Bros and written by Kumaar. It starts with a rap by Earl Edger. Neha Kakkar has crooned the number.

The song starts with Daisy Shah taking a steamy shower while Karan Singh Grover watches her. The chemistry, the kinky quotient between the duo keeps you glued to the quotient. In one sequence, Daisy looks stunning in a pink gown while Karan’s undeniable handsomeness is compelling. In other shot, Daisy is seen wearing a little maroon dress while Karan looks smoldering hot in a leather jacket. The music video is full of steamy make out scenes between the two actors. The X-rated music video content is the one of the major reasons why people will be watching the film.

Few days ago, the first song of the movie ‘Tumhe Apna Banane Ka’ was released featuring Zareen Khan and Sharman Joshi. The music video right away caught everyone’s eyes because of the steamy scenes between Zareen and Sharman. The video garnered 7 million views in just a week. This music video was way more scandalous than the new song ‘Tu Isaq Mera’.

What do you think about the song? Is Karan Singh Grover–Daisy Shah’s sizzling music video better than Sharman Joshi–Zareen Khan?