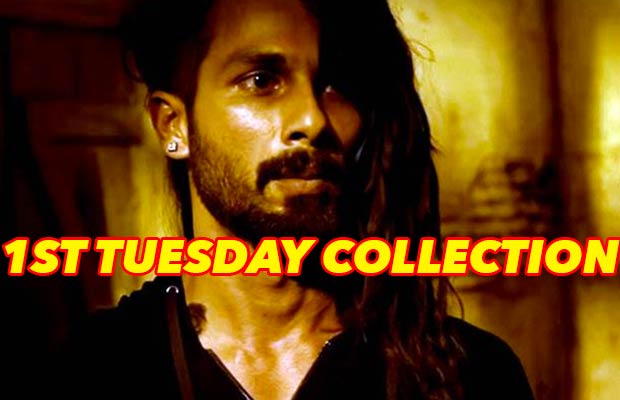 [tps_footer]Shahid Kapoor and Alia Bhatt have fixed a shimmery feather on their career hat with ‘Udta Punjab’. The movie which revolves around the sensitive subject of drug abuse has received an amazing response from the critics as well. The movie also features actors Diljit Dosanjh and Kareena Kapoor Khan in lead roles. The film earned a high opening on the first day of its release, but the collections have been going slow on the weekdays.

‘Udta Punjab’ was much awaited by the masses especially for its subject of drugs. The film also got loads of limelight for its controversy with the Censor Board. The movie saw most of the young crowds at the screens. The film was expected to do well in the metropolitan cities and the multiplexes and the same happened.

The total collection comes to Rs. 41 crore net approx. (410 million). The Shahid Kapoor starrer film saw tremendous figures in the weekend; however, the film has been dropping in its earnings since Monday. Tuesday’s collection was also lower than Monday’s.

The film benefited from its collections in East Punjab.[/tps_footer]