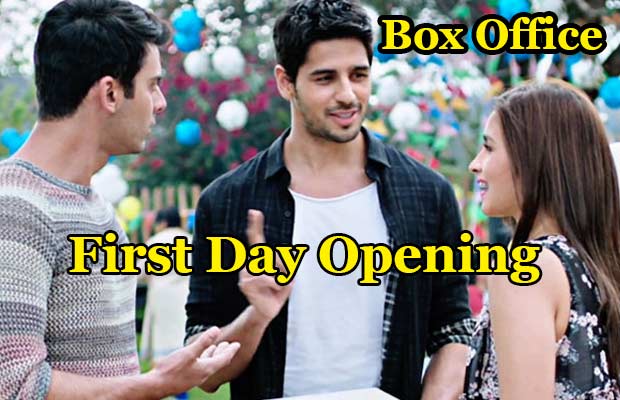 [tps_footer]Sidharth Malhotra, Alia Bhatt and Fawad Khan starrer Kapoor & Sons has released today on March 18. Directed by Shakun Batra and produced by Karan Johar, the film had created quite a buzz for it’s unique and hard hitting promotions, but has a dull opening on it’s first day at the Box Office.

Despite of unique storyline and huge promotions, the film had a poor 15-20% opening on it’s first day. It was expected that the film might get a huge opening due to not so big releases since couple of weeks, but it didn’t help at all. The film didn’t pick up well on it’s first day, but with big faces like Sidharth, Alia and Fawad, Kapoor & Sons has more potential to grow on weekends in big cities.

Kapoor & Sons had contained huge strategies with fire quick promotions, but the growth of the film will be limited to metro cities only. The collections might not pick up from outside big cities like Ahmedabad, Lucknow, Ludhiana, Jaipur and few others. This might limit the potential of the film and can be a major drawback.

Director Shakun Batra’s drama is about a dysfunctional family that reunites after five years to celebrate the grandfather’s 90th birthday in an impressive showcase for some endearing performances. Kapoor & Sons works solidly with the notion that when it comes to family, sometimes you can’t live with them or without them.[/tps_footer]