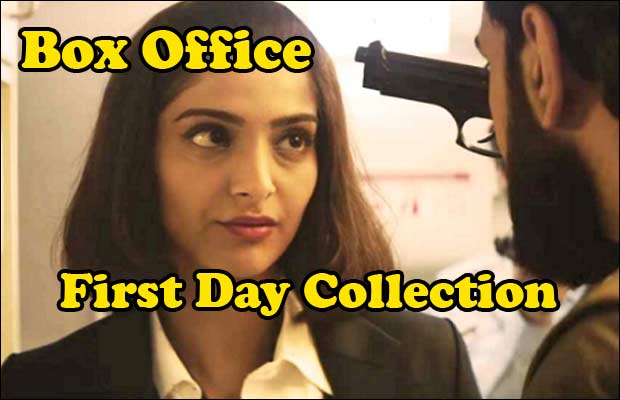 [tps_footer]Sonam Kapoor starrer Neerja released yesterday with four other releases Loveshhuda, Ishq Forever, Direct Ishq and Rhythm. The film opened to a good first day. The morning show opened to a slow start at 20 % occupancy, but by evening, the film picked up and had a good growth of 50 % occupancy.

Neerja carries a positive word of mouth which will ensure a steady trend at the Box Office. The makers had many special screenings of Neerja, which definitely helped the film. Many stars had excellent reviews on the film.

Despite the low screen count and the lack of the usual entertainment, this highly content-driven film has created a strong impact at the box office. Sonam Kapoor’s performance as Neerja, seems to have impressed the viewers and has already emerged as a winner.

Starring Sonam Kapoor, Shabana Azmi and Yogendra Tiku depicts the story of courageous Neerja Bhanot, who was killed on the hijacked plane, Pan Am Flight 73 in the year 1986. Neerja was the senior flight purser on the ill-fated Pan Am Flight 73, which was hijacked by four armed men. Shockingly, this incident took place just 25 hours before her 23rd birthday.

Loveshhuda was well behind Neerja on its first day as it collected around 75 lakhs net approx. It was far better than films like Ishq Forever,Direct Ishq and Rhythm, but the collections are very low. Ishq Forever would be in the 10-15 lakh nett range while the other two could not collect.[/tps_footer]